16 College Acceptances And He Chose… 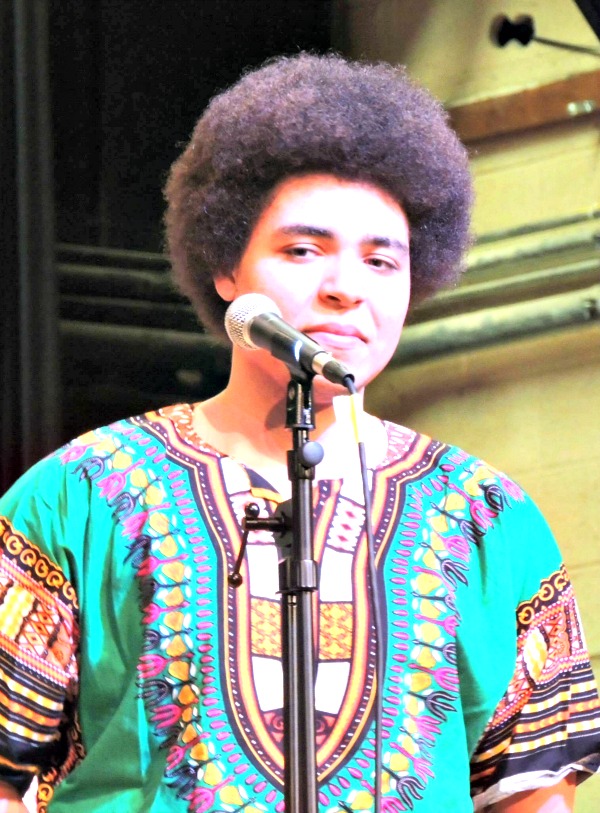 “I didn’t anticipate getting into a lot of schools.”

That’s how Nik Bostrom, Verona High School class of 2015, began a conversation about how he came to be accepted by 16 of the top colleges in the United States.

The caution, even from one of VHS’ top students, is understandable once you know that roughly 3 million students will graduate high school in the U.S. this year and the vast majority applied to college, many to the same top colleges. According to Allison Wright, a Verona resident (and VHS grad) who turned to college counseling after more than 20 years in human relations for top companies, it is not uncommon for students to apply to 18 to 20 schools. So many students are applying to so many colleges that acceptance rates are plummeting: Stanford University received 42,487 applications this year for 2,144 spots, an acceptance rate of just 5%. Bostrom has had friends in previous VHS graduating classes that didn’t get into any of their top choices.

So when the first acceptance email arrived in at the end of March, the self-effacing Bostrom called his parents to share the good news. Then the next one came, and the next, and the next. “My mom was screaming her head off,” he says. When all was done, Bostrom had gotten into 16 of the 18 schools he applied to: Brown, Carnegie Mellon, Columbia, Cornell, Georgia Tech, Harvard, Northeastern, Northwestern, NYU, Princeton, Rutgers, Stevens Institute of Technology, University of Pennsylvania, University of Pittsburgh, University of Virginia and Yale. He was wait-listed at Lehigh and Stanford and, for the record, he never applied to the eighth Ivy, Dartmouth. (He didn’t really get into Hogwarts. That was just a sticker one of his friends put on the VHS bulletin board.)

“I didn’t think about where I was going to go for a week because it was so crazy,” Bostrom says. “It was numbing and humbling and I didn’t think it would happen.”

But it did and Bostrom had a problem he had never anticipated: Narrowing a list of top acceptances to just one. Tough enough, and made tougher by the fact that he had not visited any of the schools he had applied to. Visiting all 16 in the few short weeks before Decision Day, the May 1 deadline for accepting an acceptance, was out of the question. “My parents were like, this is great but there is no way we can visit 16 schools,” Bostrom says.

So he did what most teachers at VHS will tell you he does best, and dug into the research. He cut some schools that were too large and some that were too small. He learned that he wanted to focus on those with a “cityish” college town. Then during April break, just after his performance at Jazz Night (above), he visited just four. 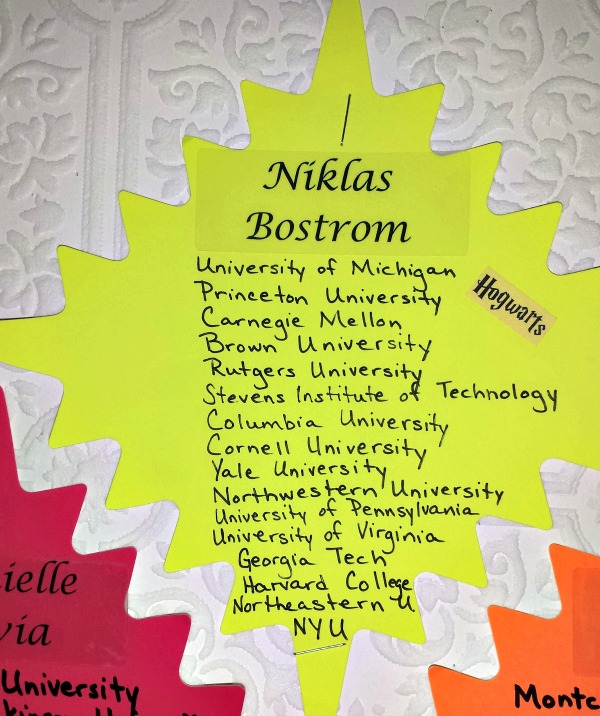 But even a short list wasn’t easy because his picture had gotten splashed all over the news as the kid who had gotten into seven of the eight Ivies. People recognized him on the tours and asked him for tips on how their kids–some as young as eighth grade–could get in. “And then the tour guides got a little bit crazy,” Bostrom says, “because they thought, ‘I have to convince this guy’.”

Bostrom appreciated the earnest effort of the tour guides, but he knew he had to find his own way to deciding which college would be his. So he stopped students, at random, and asked them what they liked and didn’t like about each school. “There weren’t a lot of people who said, ‘I can’t stand it here’,” he says. He questioned professors too, asking about their focus and their research, especially in his intended major, computer science. He tried to leave no stone unturned. “I asked them, ‘what do you not like about this school, what has the administration not done, do you feel unfulfilled’?” And he even asked questions about the other schools he had been accepted to. “There are a ton of web sites,” Bostrom says, “but personally I like talking to people.”

Still, Bostrom says that, if he had it to do over again, he would definitely do things differently, starting earlier and visiting schools before filling out the Common Application. Wright agrees with that view. “You have to start the process early,” she tells clients of her business, College 411. (Bostrom was not a client.) “For the first time it is something that you get to choose in your education, and you’ve got to make sure the school is right for you,” she says, adding, “there is not just one right school for you. ” Wright, who notes that we are lucky in Verona because there are so many colleges within a two-hour drive, says finding that right school means thinking about a student’s academic, geographic, social and financial needs, with an eye toward future careers.

Bostrom weighed all of that as Decision Day loomed, but he still didn’t have a choice. “My friends said it’s going to come down to a gut feeling and my gut was all over the place,” he says. “My feeling would switch on the hour.” It took until the very last hour to make the decision.