Freund To Be New Principal At Laning 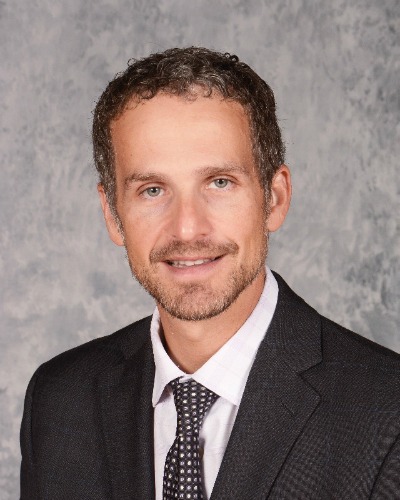 At its Tuesday, May 26, meeting the Verona Board of Education approved Howard Freund to be the new principal at Laning Avenue School, effective September 1.

Freund, a music educator by background, has been the assistant principal at H.B. Whitehorne Middle School since 2010. He had been a highly popular instrumental music teacher at HBW for 14 years before that.

“Throughout my many years in Verona, I have been witness to the great experiences our students have had while going through Verona Public Schools,” Freund said in a statement released by Superintendent Rui Dionisio after last night’s meeting. “I am thrilled and honored to have been chosen as the next Principal of Laning Avenue School and will proudly continue to grow our traditions of academic and cultural excellence. Education is all about people and forging strong relationships built on trust and communication. It is vital that we approach our students’ education as a true partnership between home and school. Together, we can create the strongest of academic foundations, a passion for learning, and wonderful experiences that will impact our students’ lives forever.”

The selection was greeted with virtual applause and a touch of regret on MyVeronaNJ.com’s Facebook page last night. “He will be great, but I’ll be so sad to see him leave HBW,” wrote Debbie Horowitz Salanon. “Excited to have him at Laning. Sad to see him leave HB! Great guy!”, added Lisa Peterson Freedman.

Though Freund no longer teaches music on a day-to-day basis, he remains a very active performer on saxophone, clarinet and other instruments. One of his recent engagements was the Verona Foundation for Educational Excellence fundraiser in March.

According to the announcement, Freund received his bachelor’s degree in music from Binghamton University and his teacher certification from the Aaron Copland School of Music at Queens College. He earned his master’s degree in Educational Leadership from Montclair State University in 2009. He lives in Montclair with his wife and two daughters.

A meet and greet with Freund is scheduled for Monday, June 8, at Laning Avenue School at 7 p.m. for anyone interested in attending.