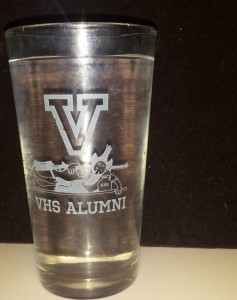 Much of Monday night’s Town Council meeting was devoted to explaining the water quality report and notice sent to Verona residents last week about a higher than normal level of arsenic in our water supply. The presentation asked and answered a lot of questions, many of which we’ll address here. The bottom line, however, is this: It’s safe to drink the water.

What Happened?
Verona gets the bulk of its drinking water from its own two wells. The town was notified in late March that the level of arsenic in one of those wells was above the New Jersey state standard. That well was immediately shut down and remains shut down.

Arsenic In Water?
Arsenic can get into water from pollution. But Tim Newton, who runs Verona’s water and wastewater treatment operations, told the Council that because our wells are 600 feet below the surface of Verona, they are unlikely to be affected by surface pollution. Arsenic also occurs naturally in water, especially in this part of New Jersey. Newton said that this area has been documented to have a higher concentration of natural arsenic than others. Since Verona began using its own wells, tests have shown our normal levels of arsenic to be low. Newton didn’t know why they spiked in March, but he said Monday that they have fallen back to almost “undetectable” levels.

How Do We Test The Water?
Most water systems in New Jersey have to test their water every year. But in 2004, we had such exemplary results that we were granted a reduction in testing frequency to every three years. As a result of the latest problem, Verona will be testing quarterly for a while. Once the state is satisfied that our quality is back, we will go back to testing once a year and, Newton hopes, to the old three-year testing schedule. You should also know that Verona monitors 15 different locations in town for water quality every day. In all, Newton said, Verona tests its drinking water about 1,000 times every year.

Did We Drink That?
No. Verona Township Engineer Jim Helb said after the meeting that no one drinks water straight from either of our wells. Instead, water from both is pumped into our holding tanks where it is mixed with water from the Passaic Valley Water Commission as well.

Why Do We Use Wells?
The Passaic Valley Water Commission, which operates four reservoirs in northern New Jersey, supplies water to many towns in Essex, Passaic, Bergen, Hudson and Morris counties. Verona buys some water from Passsaic Valley, but gets most of its water right here, from two wells that are located 600 feet below the surface of town. Township Engineer Jim Helb said that we have produced a billion gallons of water from our own resources since we began operating the wells, which has saved Verona money. According to Helb, Passaic Valley rates have almost doubled in the last decade.

What Will All This Cost Us?
That’s unclear. In response to a question from Deputy Mayor Jay Sniatkowski, Newton did confirm that we are buying more water from Passaic Valley to make up our shortfall, but he did not offer up a cost. Newton also told the Council that Verona will have a “well rehabilitation” in the near future, but did not offer specifics. On the plus side: The Council learned on Monday night that the project to renovate Verona’s water treatment plant came in significantly below budget.

Previous articleMary Cecilia O’Donnell, 70
Next articleGoing To The Prom? Find Another Route