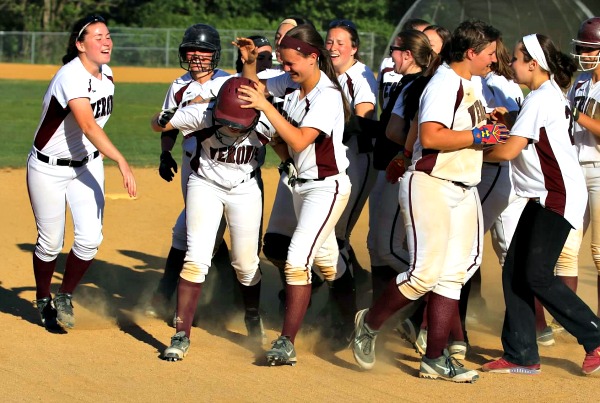 The opening round of the NJSIAA North 1, Group 1 softball playoffs on Thursday was a nail-biter to the end: After five lead changes, the sixth-seeded Verona High School softball team finally pulled out a 5-4 win over #11 seed Hasbrouck Heights. The Hillbillies went up for good in the bottom of the eighth inning on an RBI double by sophomore Meghan Yeates off Hasbrouck Heights pitcher Jessica Gasparino, scoring Olivia Haveron, a junior. Yeates had two extra-base hits for Hillbillies. 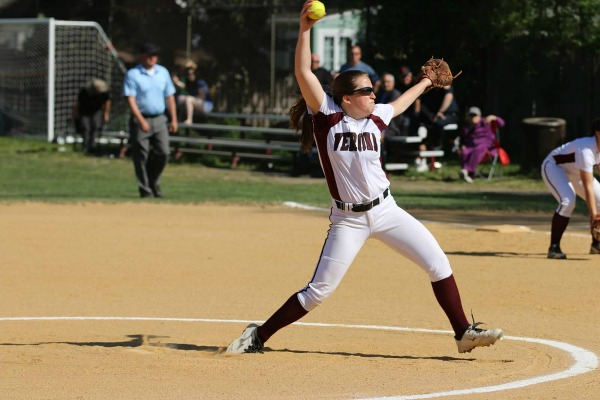 Paige Ferrell got it done in the circle on the way to a win, allowing four runs over eight innings. Ferrell, who was recently named Senior Athlete of the Week by the Verona Sports Boosters, struck out 10, walked one and gave up 11 hits. The Hillbillies were sparked by Yeates and freshman Amber Reed, who teamed up for three hits and two RBIs. 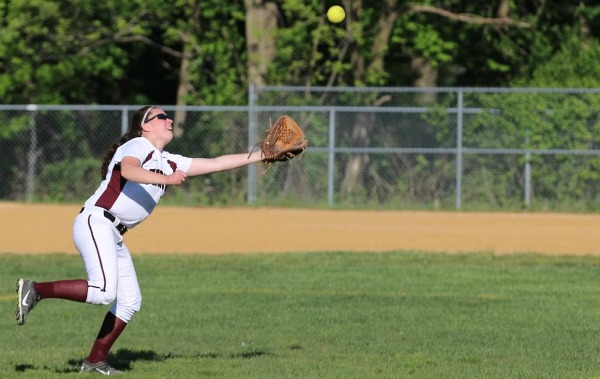 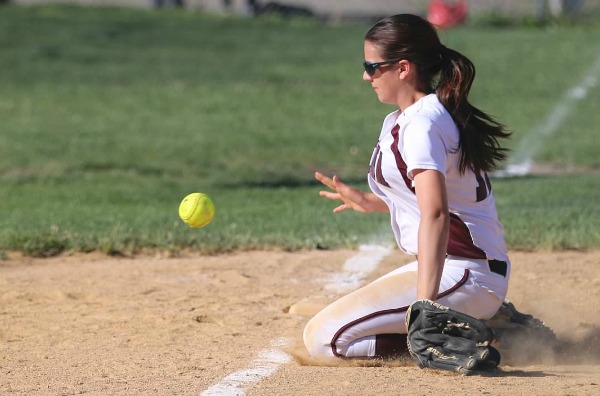 “I think early on the girls’ nerves got the best of them,” said Coach Angela Salisbury. “But we had been making good contact up at bat all day and we have come back down three or more runs before. It was only a matter of time that we would string some of those hits together and score some runs. Paige was doing so well on the mound, I knew our offense would come through for her.” 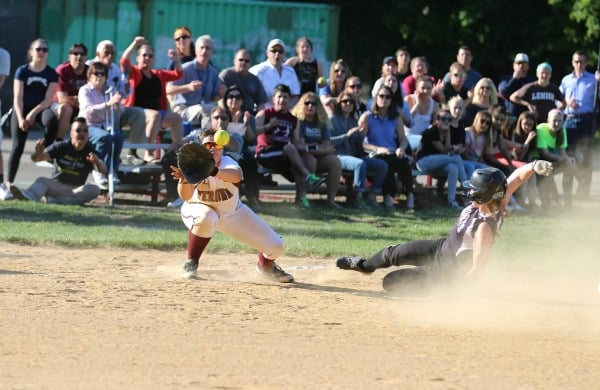 Verona, which has a 15-6 record overall and is 10-2 in league, now has to wait to see who the winner of (#14) Waldwick vs. (#3) Midland Park is, and that game will most likely be played on Tuesday. If Waldwick advances, VHS softball will have another home game. If not, they’ll be on the road at Midland Park.