Facebook
Twitter
Pinterest
WhatsApp
- Advertisement -
This year, French III students at Verona High School researched traditions, customs and ways of life in French-speaking countries in Africa. They presented different activities popular in the country of their choice, from fables and mask making to creating traditional outfits. Their teacher, Eugenie Mordkovich found that in all of the reports that students presented they wrote of the many challenges that children have to overcome, including education.

That created a natural opening for Mordkovich, whose mother had worked in a school in Burkina Faso and she reached out to its director. “After few emails I understood that children in that school needed money to buy the basics such as books, pencils, book covers, and paper.” So the French III students organized a bake sale for that school and raised $186. The students recently got a letter and photos from Africa thanking them for their efforts. 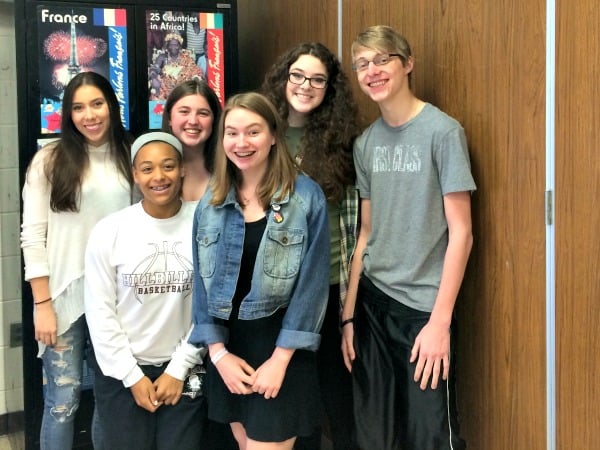