H.B. Whitehorne eight graders Lily Benanchietti, Megan Forrest, Elizabeth Hensal and Julia Burke participated in the New Jersey History Day State Competition at William Paterson University on Saturday, May 2. The team presented
an exhibit on Gen. Matthew Ridgway, who commanded the 82nd Airborne Division in World War II and the U.S. Eighth Army during the Korean War before becoming the Supreme Allied Commander, Europe, and later the Chief of Staff of the U.S. Army. 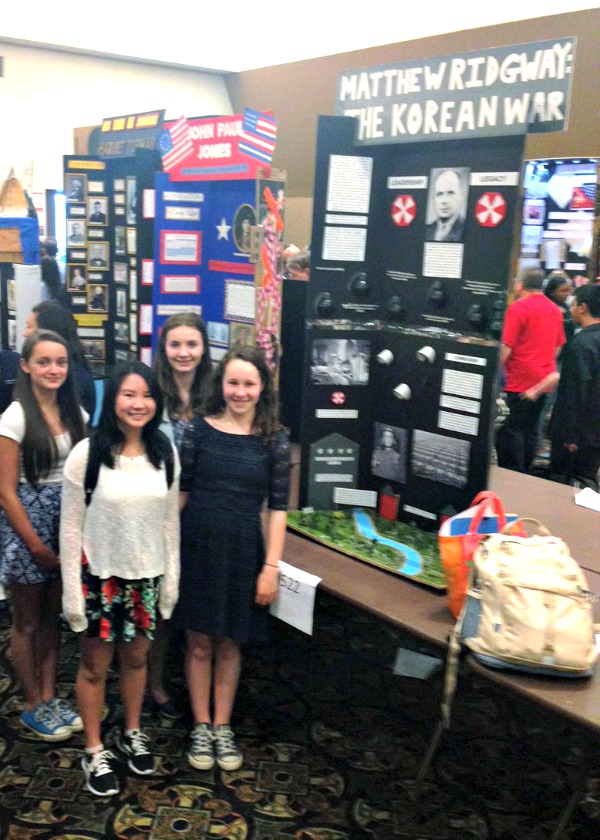 Previous article
Keep This, Toss That! Clear the Clutter with Author Jamie Novak
Next article
Service For Moms At First Presbyterian