Barbershop Or Beer, It’s All In A Business Day 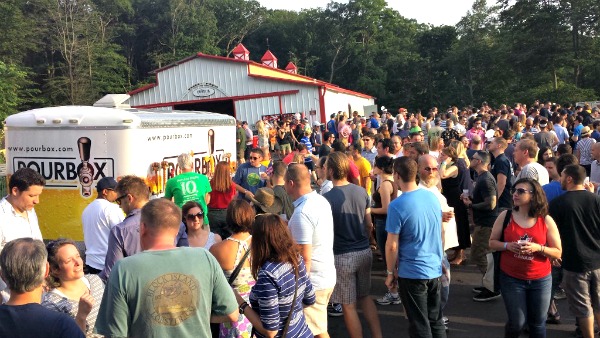 When most people think of serial entrepreneurs, they think of people like Mark Cuban, or Richard Branson, or Elon Musk.

Add Verona’s Jamie Emma to the list. Emma is juggling three businesses right now, and two of them will make you look good, or look like the life of the party. Or maybe both.

Emma’s first career–in the pharmaceutical industry–helped him to discover the ideas for two additional businesses that seem very different: a barbershop franchise and a portable beer garden. But Emma believes that all three of this enterprises have one very important thing in common. “At the end of the day, it’s all about customer service,” he says.

A few years back, a pharma business trip out west had him passing through Arizona. Needing a trim, he went into a barbershop that looked as if it could have been lifted out of 1940s Manhattan. But V’s Barbershop was actually an Arizona-based franchise chain that had been founded in 1999. And almost before the hot towels on his face had cooled, Emma became V’s first franchisee in the east, with a shop in Hoboken. In early April, he opened his second location in Chatham. The shops feature throwbacks like vintage Koken barber chairs and shoeshine services, and 21st century amenities like flat-screen TVs.

“It doesn’t have a franchise feel,” says Emma, a Verona resident for the last 10 years. “It’s like a neighborhood barbershop.” Emma, who leaves the barbering to licensed professionals, considers himself to be the prototypical V’s customer. “I go in and I want to be pampered,” he says, noting that he had never had a barbershop shave until he wandered into the Arizona V’s. 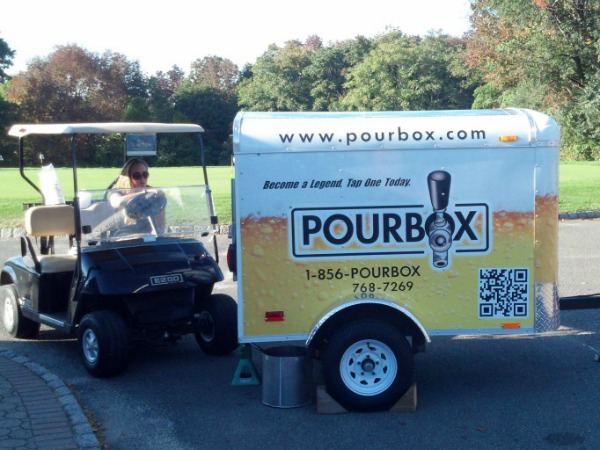 So, by now you’re probably wondering how does the beer fit into Emma’s entrepreneurship story? It happened on a hot summer day, when Emma and Eric Demmers were headed to a meeting for the pharmaceutical services company they had co-founded in 2010, Advance Clinical. They wound up stuck in traffic on Route 23. A landscaping truck was stuck nearby, and Emma uttered the fateful words: “Wouldn’t it be great if we could get a beer out of that?”

Pretty soon, the pair found themselves at Demmers’ home, designing a trailer that could pour all the beer that anyone could ever want without the fuss or mess of a traditional beer truck: Pourbox was born.

“We did this in his garage,” says Emma. “It wasn’t meant to be a living.” But a funny thing happened when Emma and Demmers brought the Pourbox to a tailgate at Giant’s Stadium–everybody wanted one.

Pourbox’s unique design allows the beer to be poured, not pumped, through a cooling line that keeps the beer consistently cold, without the need for a noisy, polluting generator. “There’s never any dead beer in the line,” says Emma of the Pourbox. “It’s cold right up to the moment that it hits your glass.” One other advantage: The typical beer truck has three or four taps, while the largest Pourbox has 16. (The company is based at the same Morristown address as Advance Clinical because that office also had a garage.)

Pourbox has grown from its tailgate-party roots to be present at golf outings, beer festivals and even weddings. “It eliminates the bottles so the clean-up is faster,” Emma says. “It makes everyone’s life easier”. Emma and Demmers are also working on an indoor version of the Pourbox for other events.

In case you are wondering, Emma and Demmers don’t need a liquor license for Pourbox because their company doesn’t buy or sell the beer. The event’s host holds the license to do that; Pourbox simply sets up a convenient way of serving the beer to the guests.

“It’s convenience,” says Emma, “and we take it to the next level.” 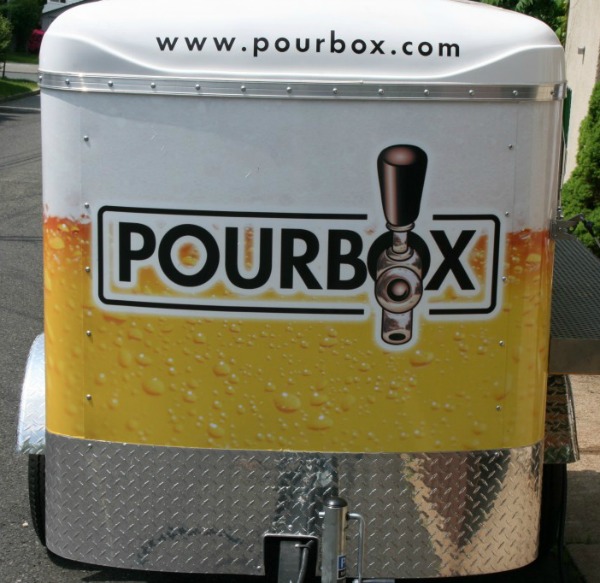