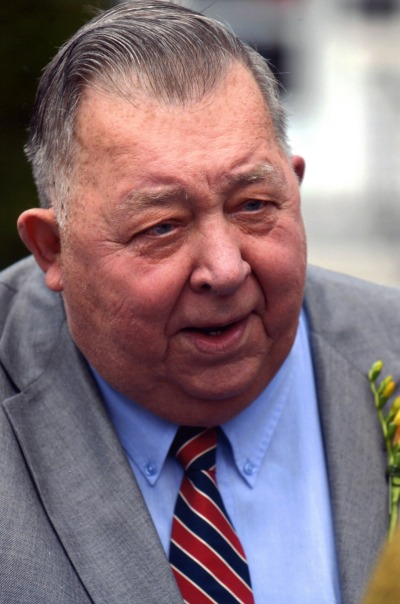 Leonard Anderson of Dalton, Mass. died on March 27 at the Berkshire Medical Center, in Pittsfield, Mass.

Anderson was born in 1932 in Caldwell, N.J. He grew up in Verona, N.J., where he and his wife, the late Elizabeth Tygert Anderson, also raised a family of five children (Len, Bruce, Judy, Maryellen, and Gordon).

Anderson was educated in Verona schools, and graduated in 1950 from Fork Union Military Academy in Virginia. He attended the University of Pennsylvania, where he played varsity baseball and was president of the Sigma Alpha Epsilon fraternity. He graduated from Penn in 1954, after which he was inducted into the United States Navy, for a two-year tour of duty.

Anderson was a technology sales executive for many years, at companies including Exxon, IBM and Univac. He also worked at smaller inventory-management and supply-chain software firms, including Informatics and Codata, which he co-founded.

The Andersons were active in the Verona community. Anderson was elected to the Verona Borough Council, on which he served from 1971 to 1973. Later, he was appointed to the town’s Planning Board, and served on it for several years. He was a lifelong Republican, with bedrock convictions about the importance of thrift and self-reliance, and was vocally opposed to most forms of governmental overreach.

Anderson was involved in a variety of civic associations. He was a founding member of the Verona Jaycees, at a time when the organization played an instrumental role in the building of the Verona Community Pool. He was an active member of the Lion’s Club, and a coach in Little League baseball. The Andersons were parishioners at Our Lady of the Lake church.

Anderson held diverse interests. Avid gardeners, he and his wife cultivated nearly every available inch of their plot in Verona with vegetables, flowers and shrubbery. Following that avocation to its logical end, the Andersons left New Jersey in 1985, buying a farm in Littlestown, Penn., near Gettysburg. The couple established Anderson’s Arboretum, a purveyor of Christmas trees sold via mail-order delivery.

Anderson was an ardent fan of baseball and the New York Yankees. He and Betty went to spring training every season for years, traveling all over Florida to watch pre-season games. In summer months, they loved visiting minor-league parks up and down the East Coast, from North Carolina to Maine.

Upon retirement in 2003, the Andersons moved to Dalton, in the Berkshires.

He is survived by five children and three children-in-law, as well as 13 grandchildren.

Funeral Notice: A Mass of Christian Burial will be held Saturday, April 11, 2015, at 1:30 p.m. in St. Ann Church in Lenox, Mass., celebrated by the Rev. C.J. Waitekus. There will be no calling hours. Roche Funeral Home, 120 Main St., Lenox, MA 01240, is in charge of the arrangements. In lieu of flowers, contributions can be made in memory of Elizabeth and Leonard Anderson to his wife’s alma mater, Smith College, 33 Elm St., Northampton, MA, 01063, or through the funeral home.