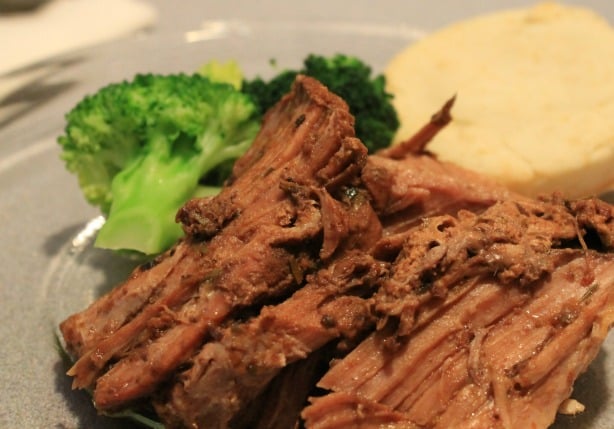 Recently, I made an Asian-style slow cooker sauce to see if I could compete with the commercially made sauces I had tested with our readers last year. The sauce idea really stuck with me and in the end was so easy, there was just no reason not to continue with it. Aside from the ease of preparation and the volume of sauce from a single recipe, I was well aware of every ingredient. By prepping the sauces on the weekend and saving them in the refrigerator, I saved myself precious time during the week. All of these small conveniences just continue to reinforce why I love my slow cooker so much.

In the spirit of trying new things and sticking with flavors that went well together, I turned to my small library of cookbooks and looked up sauces. I can honestly say that while doing this nothing was so impressive as to declare itself the “perfect sauce” to adapt to long hours of slow cooking. What I did see though were foods which were often paired together regardless of the name; many of which I had put together on my own in the past. So, for now, I’ve tossed the pre-established recipes and turned to both my pantry and my experience to put flavors together. In the end, I was not disappointed, and neither was my family. As an added bonus, this particular sauce made enough for two meals so I was able to try it with two different kinds of meats; pork and chicken. 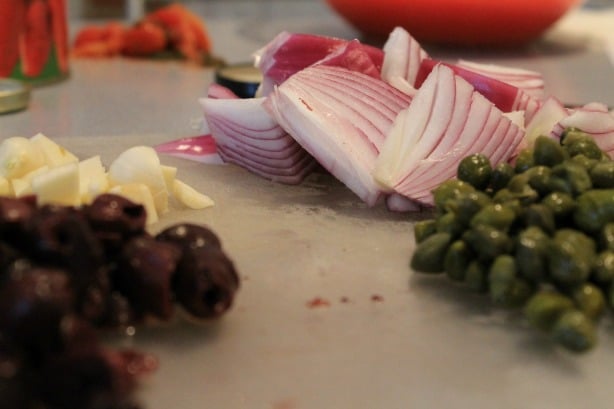 What’s Next:
Place all ingredients in a large sauce pan and allow to simmer for 90 minutes. The goal here is to allow the flavors to cook together and for the sauce to thicken and for the vegetables to soften without reducing it by too much. 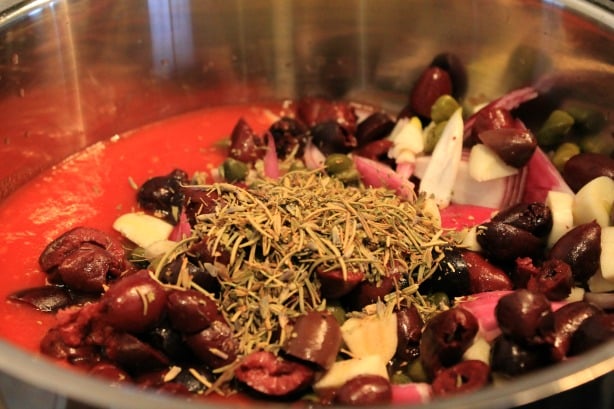 Turn off heat and allow to cool for about 30 minutes.
Process in a food processer until relatively smooth. 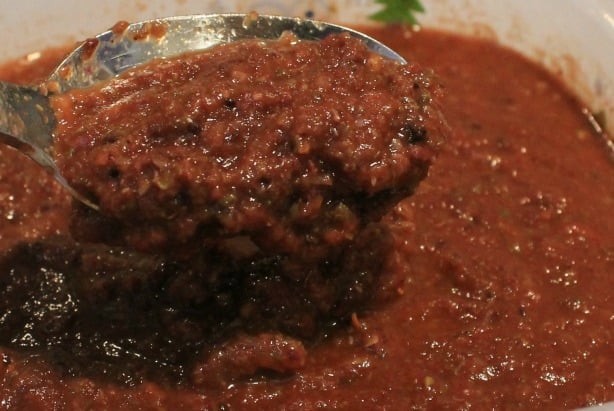 In the end the sauce looked more like an olive tapenade than it did a sauce for the slow cooker, but the flavors were delicious. Initially, I was thinking I would use this with meat and make something like an Italian pot roast, but after tasting it, we all felt it was better suited for a pork shoulder, which turned out to be delicious and a welcome change from a traditional pulled pork.

The recipe makes enough for two meals, which makes it extremely convenient for busy people.

If you want to make the recipe pictured at the top, here is how to do that:

If you want to make it with chicken, here is what we did: