A Book About Shoes–And Life 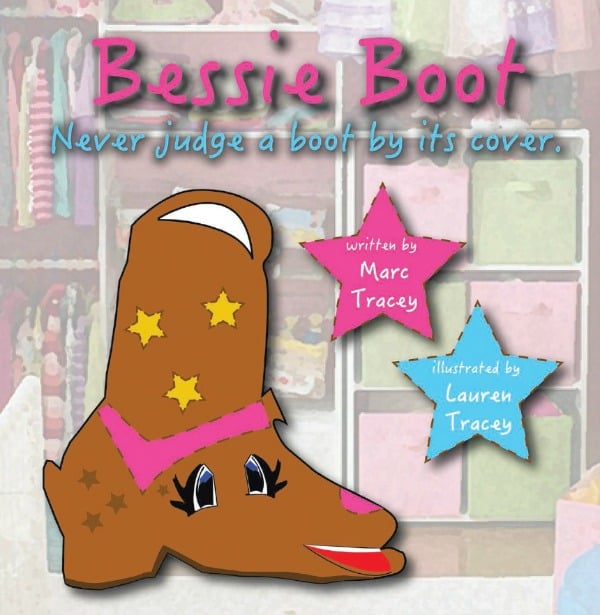 Since people have been able to speak, they have told stories to explain the world around them to themselves and others. A story that a Verona girl started to tell about her world when she was just five years old has now been turned into a book and, in late May, thousands of people in book publishing will have a chance to read it. For now, it’s Verona’s story.

Lauren Tracey had lots of shoes when she was five years old. There were boots and slippers, sneakers and party shoes. They were all different, but Lauren loved them all. She loved them so much that she and her dad, Marc Tracey, began to make up stories about them as if they were people. People who got along with one another, people who quarreled, people who helped each other, and people who didn’t. A favorite cowboy boot became known as Bessie, and a way for Lauren to tell others about accepting people even when they are different.

Lauren, who is now a fifth grader at H.B. Whitehorne Middle School, had drawn many pictures of Bessie and her shoe friends over the years and last summer, when her dad had a bit of a lull in his master’s degree studies, they began to write down the Bessie story that they had been talking out over the years. They talked about turning their work into a book, but school had to come first. “Maybe we’ll have more free time when I’m done,” Marc says he told Lauren. When Marc got his diploma in December, the time to publish came. “Lauren called me out on it, she said ‘come on, let’s go’,” Marc says. 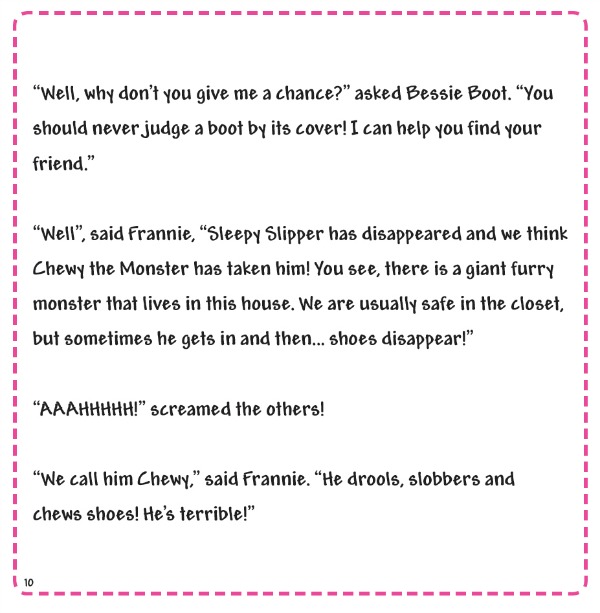 When the first copies of Bessie Boot came from the publisher, Lauren’s cousins asked her to sign them. “I don’t want to be too famous,” she told them. Her dad, who graduated Verona High School with the class of 1993, reached out to Charlie Miller, Verona’s director of curriculum and the principals of the grammar schools–especially Brookdale Avenue’s Richard Rampolla, who had been his fifth grade teacher at F.N. Brown. The Traceys hope to set up a book reading in town soon.

The Traceys published Bessie Boot through AuthorHouse, the self-publishing division of Penguin Random House. In May, it will have a new author booth at BookExpo America, North America’s largest gathering of book trade professionals, which will be held at the Javits Center in New York.

Lauren thinks Bessie will travel to other places too. “Lauren has all these ideas,” says her dad.  “She’s already on her plans for her second and third books. She said, ‘The boots can be in different places, they don’t just have to just be in my room. They go on vacation, they can go to the beach and have lots of adventures.”

Bessie Boot has its own Web site and Twitter feed. The book can be purchased directly from the AuthorHouse bookstore and it is also available on Amazon.com.