Did You Live At Kip’s Castle? 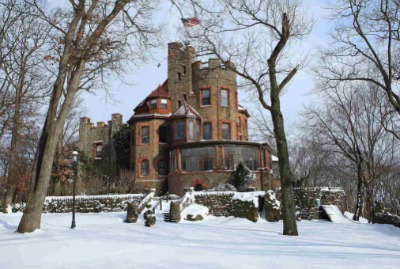 Did you ever live at Kip’s Castle (really, and not in your dreams or on a Friday night with your buddies)? The Essex County Division of Cultural & Historic Affairs is trying to collect remembrances from former residents and guests of Kip’s Castle to create a history of the property, which the county acquired in 2007.

“Purchasing Kip’s Castle was an extraordinary opportunity for Essex County to preserve a unique historic site,” said Essex County Executive Joseph D. DiVincenzo Jr. in a prepared statement. “The addition of Kip’s Castle to our roster of recreational facilities several years ago saved the architecture of a bygone era, with its elegant grounds and magnificent view of the New York skyline. We look forward to the public being a part of this project and sharing their stories and experiences at the Castle to bring its history to life.

If you are a former resident, or were a guest of previous owners, the county is asking you to contact the Division of Cultural and Historic Affairs at 973-268-3506. A staff member will return the call within 48 hours.

Kip’s Castle has been currently undergoing a $1.5 million renovation, which put on a new roof, repaired windows and masonry, and added a handicap accessible entrance. The county, which bought the property for $5.6 million, also plans to restore the interior of the building.

Textile magnate Frederic E. Kip built the 9,000-square-foot mansion in 1902. The castle was used as a private residence for many years after Kip sold the estate in 1926. In the 1980s, the castle was the United States headquarters of Bhagwan Shree Rajneesh, an Indian guru. He sold the property in 1984 to the law firm of Schwartz Tobia Stanziale, which used the buildings as their law offices.