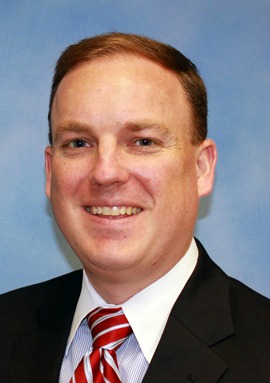 Brendan M. Walsh has been named a member at Pashman Stein, PC, in Hackensack. He joined the firm in May 2012 as an associate in its litigation practice.

Walsh focuses his practice on complex civil litigation and appellate advocacy. His experience extends across all stages of litigation, from the pleading stage through discovery, motion practice and, finally, trial. He has substantial appellate experience, having successfully handled appeals in the U.S. Courts of Appeals for the Second, Third, and D.C. Circuits, as well as the Appellate Division of the Superior Court of New Jersey. He also has authored amicus briefs to a number of courts, including the Supreme Court of the United States and the Supreme Court of New Jersey. In 2014 Walsh co-authored and served as counsel of record for an amicus brief filed in the Supreme Court of the United States on behalf of a group of fifteen members of the United States Congress. He was named to Rising Stars in 2013 and 2014.

Before joining Pashman Stein, Walsh was a litigation associate at Patton Boggs LLP. He also has substantial business experience, having worked as a certified public accountant at Deloitte & Touche where he provided audit and advisory services to a diverse group of clients, including other accounting and consulting firms, manufacturers, retailers, and a professional sports franchise.

“Brendan is an extraordinary talent and has become a valuable asset to the practice. It is precisely this caliber of lawyer that we continue to attract and that serves our clients so well. His promotion is well deserved and we could not be happier for him,” said Co-Founder and Managing Partner Michael Stein.