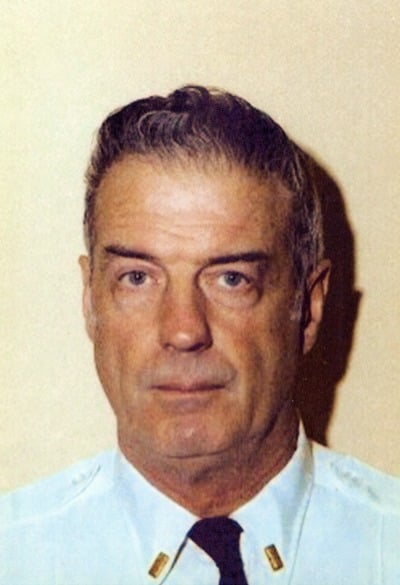 Born in Orange, Mr. Booker grew up in Montclair and moved to Verona where he lived for most of his life.

Mr. Booker graduated from Montclair High School and served honorably in the U.S. Navy during World War II. He began a career in law enforcement with the Verona Police Department in 1948 and retired as a lieutenant in 1982.
He was a member of the Verona PBA #72 and served faithfully as an usher at Our Lady of the Lake Church.

Mr. Booker is survived by his daughter, Cheryl Kraeutler, his grandchildren Jack Kraeutler, Joseph Kraeutler (and his wife, Stephanie), and Katie Kraeutler and great-grandson, Ronan Kraeutler. He was predeceased by his wife Beatrice (nee Pyne), parents Stacy and Mary Booker and his sisters Virginia Booker, Claire Russo and Doris Murray.