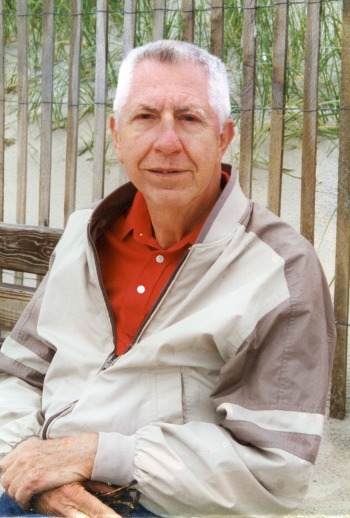 Mr. Don R. Boeck, 88, died on November 22 in Pompton Plains. A memorial service will be held in the First Congregational Church of Verona, 19 Church Street on Saturday, December 13, at 11:30 a.m.

Born in Chicago, Mr. Boeck grew up in South Orange and graduated from Columbia High School. Three weeks after graduation he was drafted into the U.S. Army and served honorably during World War II. Upon his return, Mr. Boeck lived in Chatham prior to moving to Verona where he lived for 47 years before retiring to Pompton Plains in 2006.

He earned a BS degree in Mechanical Engineering from Clarkson University in 1950. Mr. Boeck worked for Wallace and Tiernan in Belleville for 39 years as a Product Service Manager before retiring in 1989.

He was a member of the First Congregational Church of Verona and served as financial secretary, treasurer, council member, property committee member and choir member. Upon retirement he became a member of the Dun Workin’ Club of Montclair, Verona Park Conservancy and the Garden Club at Cedar Crest Village.

Mr. Boeck is survived by his devoted wife of 57 years, Janet Boeck, his beloved daughter, Donna McGinley and her husband Daniel and loving grandchildren Megan and Sean McGinley.

He is also survived by his brothers-in-law David Boland and Ernest DiMaria, nephews Mark DiMaria (Pam) and Peter DiMaria (Jean) and niece Diane Vervoort (Frank) and grandnephews Steven and Nicholas DiMaria. He was predeceased by his parents, Franklin and Marguerite Boeck and his sister, Marguerite DiMaria.

If desired, memorial donations to Alzheimer’s Association, Greater New Jersey Chapter, 400 Morris Ave. Suite 251, Denville, NJ 07834 or a charity of your choice would be appreciated.