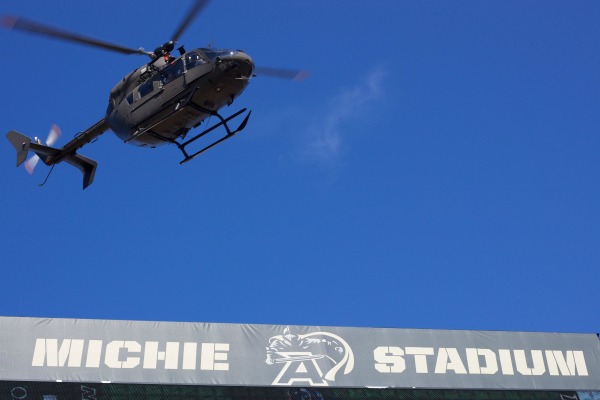 Picture this: you’re sitting at the edge of an open helicopter flying 4,000 feet above a lively Michie Stadium packed with 35,000 Army football fans. That’s exactly what a few cadets saw before parachuting with amazing accuracy into the middle of the football field as the crowd wildly cheered on. This was one of many highlights witnessed by Verona Cub Scout Pack 32 during their recent trip to Scout Day at the United States Military Academy at West Point. 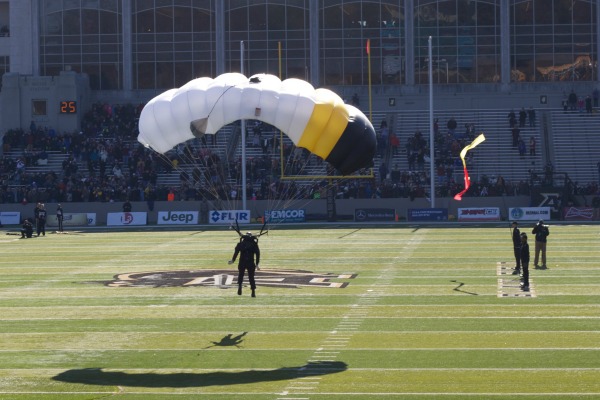 Pack 32 left Verona at 7 a.m. on a bus en route to West Point for the game against Fordham. Scouts attended a full-dress cadet parade on “The Plain” which is one of the time-honored traditions of a West Point football game day. Scouts toured the West Point campus and participated in cadet-led activities before boarding a shuttle bound for the stadium. That’s where they witnessed the parachuters steer their way through cold windy skies, landing precisely on target, one at a time. 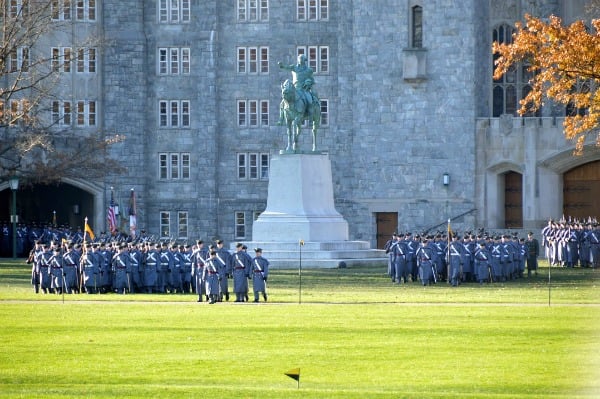 As for the game, the first half was a battle of defense until the momentum swung in Army’s favor after a blocked punt and fumble recovery for a touchdown. The Army Black Knights went on to rush for an impressive 384 yards and defeated the Fordham Rams by the score of 42-31.