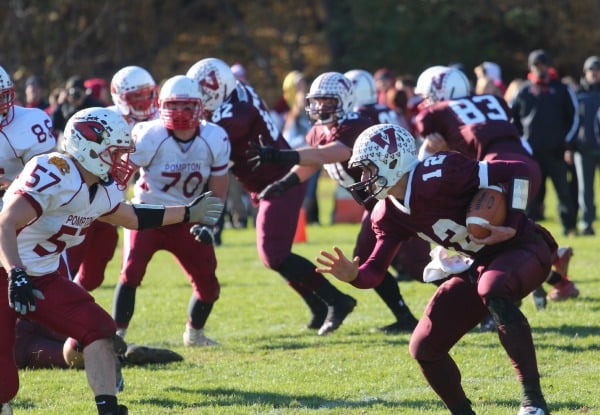 For the first five minutes, Verona fans held their collective breath. The unspoken thought was: Would this game between the Verona High School and Pompton Lakes football teams end like the last two, in big Cardinals wins? 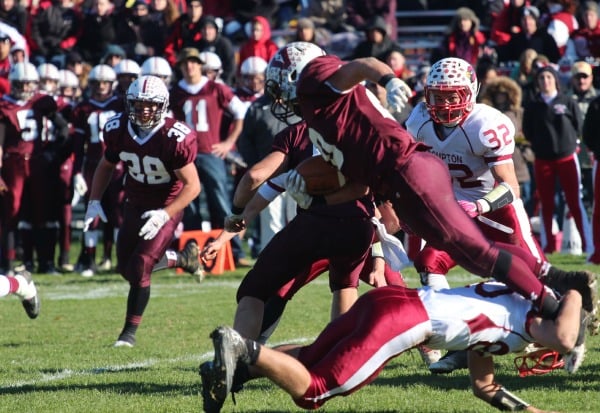 As he has done all season, Frank Ferrari led by example. His five-yard dash into the end zone in the first quarter was the first of three touchdowns by the VHS quarterback, who ran 22 times for 272 yards and had 36 yards in the air for good measure.

Verona’s juniors stepped up for the other three touchdowns, with Mark Riggio taking two over the goal line and Dave Gautieri, who stopped a second-quarter Cardinals drive by scooping up a fumble, going on a 33-yard jaunt for the other. The score would have been higher still had a long Matt Intili run to the end zone not been called back on a penalty. Intili had 58 yards in 11 carries on the day, pushing his season total to 464 yards. 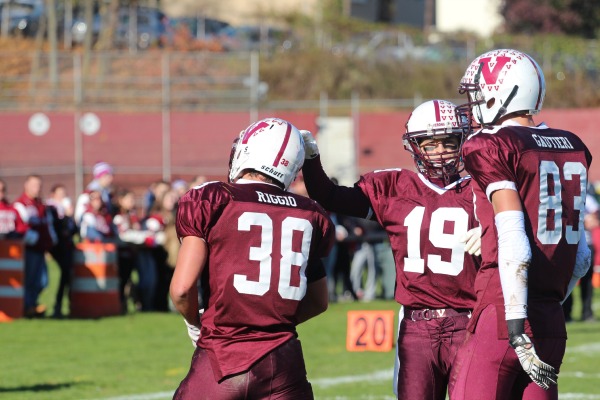 Wherever Pompton Lakes tried to go, on offense or defense, they were stopped by the Maroon Wall: players like Mike Cifaretto, Matt Riccitelli, Sam Cummings, Chris Luehs, Kyle Brennan, Mike Carlucci, AJ Pengue, Matt Gautieri, Austin Camp and Andrew Luehs. They held Pompton Lakes scoreless until the third quarter, when Ronnie Campos made it over the goal line in a 1-yard carry.

Verona now moves on to the semifinals, with a 1 p.m. home game on Saturday, November 22 against Henry P. Becton High School of East Rutherford. Becton is the #3 seed in Group 1 to Verona’s #2; the other Group 1 semifinal will be between #4 Boonton and #1 Cresskill. When Coach Lou Racioppe gathered his squad on the field after the clock ran out yesterday, he had this to say about that matchup: “If we keep playing the way we’re capable of playing, nobody’s gonna stop us.” 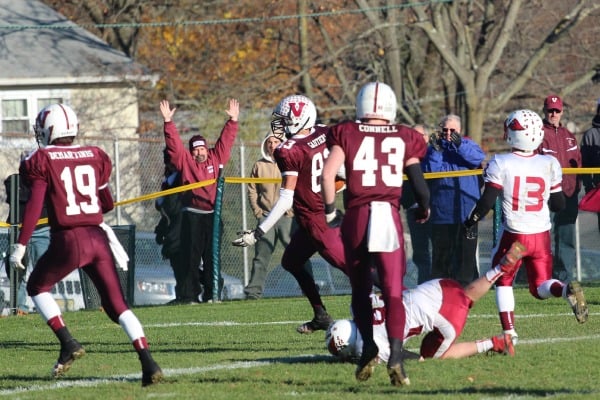