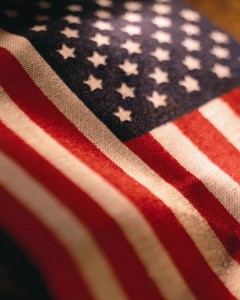 David O. Oster, a life-long resident of Verona, passed away at Mountainside Hospital on November 11, 2014. The son of Arvid and Maja Oster, immigrants from Varmland, Sweden, David was born at Mountainside on December 11, 1924. His father built the house on Hillside Avenue where David was raised.

David attended Verona public schools and was a student at Verona High School at the outbreak of World War II. He enlisted in the Army Air Corps during his senior year, and left for basic and specialized training as soon as graduation requirements were completed. He was later assigned to the 8th Air Force–305th Bombardment Group based in Chelveston, England. David proudly served as tech sergeant and chief radio operator on a B-17 “Flying Fortress”, completing a full tour of combat missions over Nazi Germany. In the midst of war, it gave David comfort that his squadron was assigned to bombing bridges, railroads and industrial sites, rather than civilian targets. Following combat duties he was reassigned to a U.S. base, where he was engaged in classified air navigation exercises until the conclusion of the war.

Following discharge David entered the construction business with his father. He also began to work part-time at the Robin Hood Inn restaurant in Clifton, where he met his future wife, Theresa Harder, at a Christmas party. Married in July 1948, David and Theresa would enjoy 66 years of marriage without a serious argument. David eventually made his career in the restaurant business, becoming general manager of the Robin Hood, and later, director of operations at The Manor in West Orange. He retired at age 85, loving his work and the the people he worked with. His guiding principle was “Always do the right thing”. Many who knew him can attest that he did.

David spent many happy summer vacations at Martha’s Vineyard with special friends Doris and Harry Knowles and their sons Wade and Kurt. He was famous for his clam chowder, clams casino and Swedish pancakes. In later years he delighted in annual trips to Cape May with his grandchildren. His sense of humor was legendary.

David is survived by his wife Theresa, son David W. and his wife Dianne of Verona, son Glenn and his wife Linda of Crumpler, N.C., and most cherished grandchildren David A. and Christina Oster. He felt blessed to have wonderful nieces, nephews and cousins both here and in Sweden. David had a special bond with niece Virginia Brennan of Morristown. He was “Uncle Dave” to generations of young people, not technically related, who he loved as family.

David’s family is most appreciative of the care given to him in recent weeks by the doctors, nurses, and staff of Mountainside Hospital. In lieu of flowers, please consider a donation to the Verona Rescue Squad with its wonderful and capable volunteers.

Visitors may call at Prout Funeral Home, 370 Bloomfield Avenue, Verona on Friday, November 14. Hours will be 2 to 4 and 7 to 9 p.m. A private service will be held on Saturday.