Schuldiner Performs In ‘Our Town’ 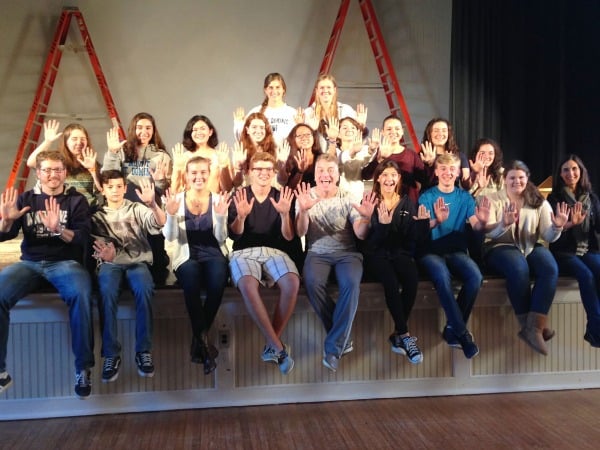 The three-act play is set in the fictional American small town of Grover’s Corners and tells the story of average citizens in the early twentieth century as depicted through their everyday lives. Scenes from the town’s history between the years of 1901 and 1913 are performed without a set and the actors mime their actions minus the use of props.

The play runs Friday and Saturday, November 21 and 22, at 7:30 p.m. in the Doris M. Byrne Center for Performing Arts at Mount St. Dominic Academy. Tickets may be purchased at the door or online at Showtix4u.com and prices are $8 for students and senior citizens and $12 for adults. Call MSDA Arts Information at 973-226-0660, ext. 1127 with any questions.

Mount Saint Dominic Academy, established by the Sisters of St. Dominic in Caldwell, New Jersey, is a Catholic college preparatory school, dedicated to the education of young women from a variety of ethnic, religious and economic backgrounds. Since 1892, The Mount has been empowering young women in the Dominican tradition. For more information about Mount Saint Dominic Academy, visit www.msdacademy.org.