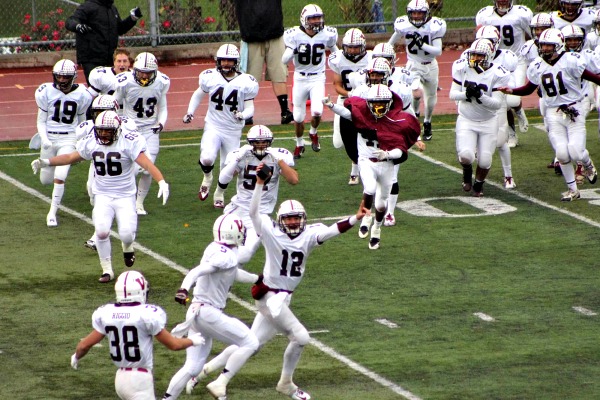 Halloween was Friday night, but all the thrills and chills were saved for Saturday, when the Verona High School Hillbillies narrowly defeated Orange High school in overtime, 15-14. 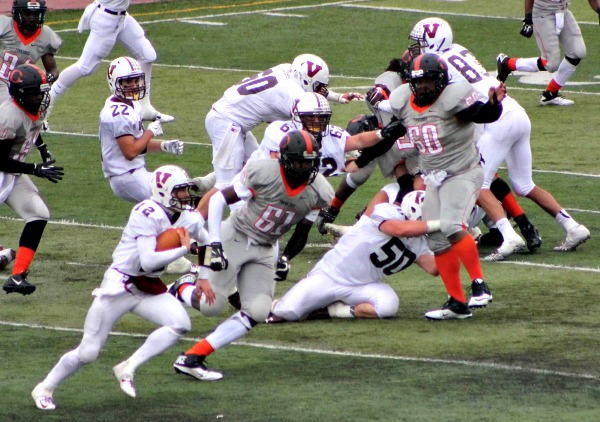 For a time, it seemed as if Verona would send the Tornadoes into a spin the way they have every other team that they have faced this season. Verona went into the game with a 6-0 record and Verona not only got on the scoreboard first with a touchdown from quarterback Frank Ferrari, but the Hillbillies nailed the two-point conversion. 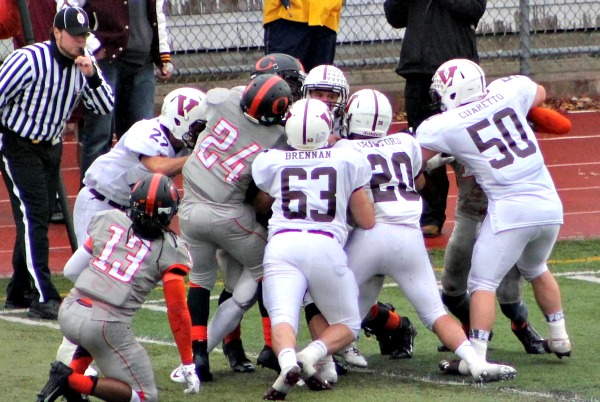 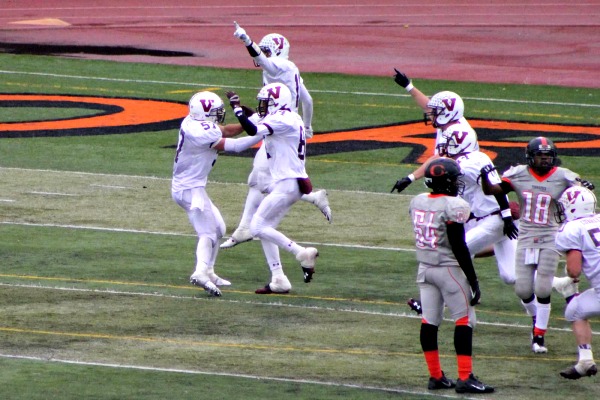 And score they did: Eric Spotwood took the ball into the end zone for Orange. But unlike Orange’s first TD, there was no magic this time. The Tornadoes’ kick went wide and the Hillbillies had to decide if they would go home on the wrong end of a 14-8 score.

They didn’t. Ferrari again found the end zone, and when Colin Kiernan connected for the point after, the Hillbilly sidelines exploded. Verona’s next outing is a night game against Cedar Grove on Friday, November 7. The Panthers were soundly defeated by Shabazz High School on Saturday, 21-0. 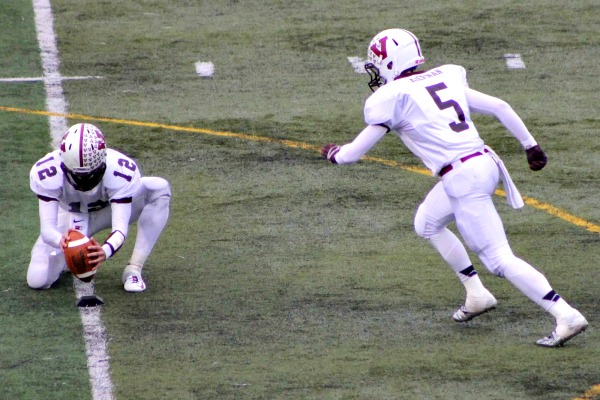