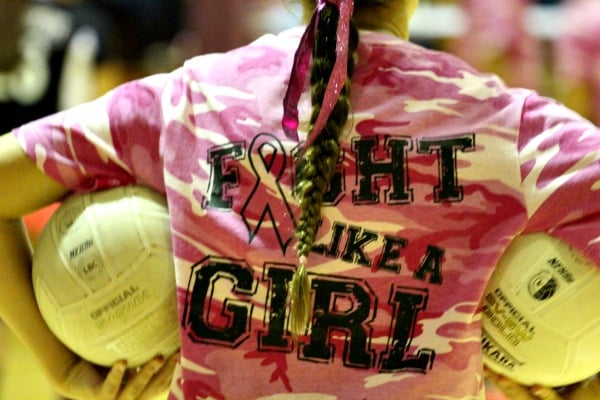 The Verona High School volleyball team took on Cedar Grove High School on Tuesday night, and came away with win–and a substantial donation to a local breast cancer charity.

The teams call their annual October game a “Pink Out”, and this year it was played in front of a crowd of more than 400 people, many of whom were dressed–or painted–in pink. Cedar Grove kept the game tight in the first set, but Verona pulled away in the second and ended up with a 25-20, 25-14 evening that improved the Hillbillies’ record to 7-5. 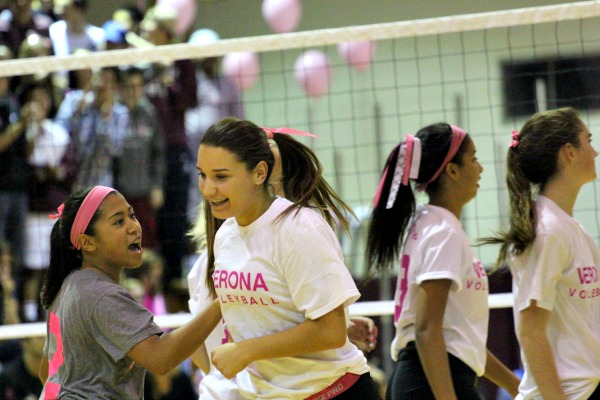 Senior Alex Leuhs led her team with 10 service points and 19 assists, while freshman Cameron Fuentez topped the team in digs with 10. Fellow freshman Carly Waterman chalked up another 11 kills, to roaring approval from the Verona home crowd, who repeatedly chanted “She’s a freshman” from the top of the stands.

But the big winner of the night was the Minette’s Angels Foundation, which received a donation of $1,198.25. The foundation was created in 2004 to honor a Verona resident who died after a 10-year battle with breast cancer. Minette Grosso McKenna was a nurse and the foundation offers scholarships to Verona students entering the medical field, especially those who will be nursing majors. It also provides assistance to those in treatment for cancer and supports research and breast health awareness. (The foundation is rebuilding its Web site; bookmark this address for future reference.) 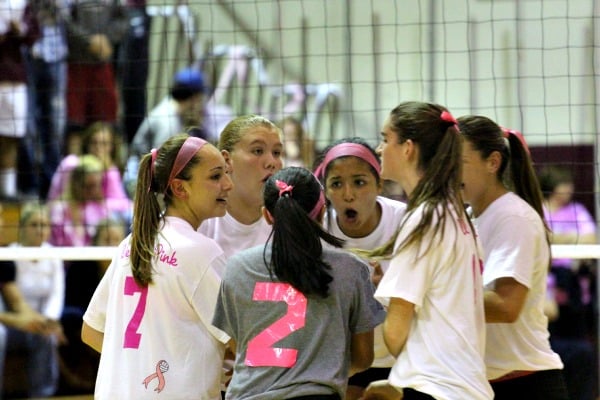 “The Verona High School volleyball team was thrilled to be a part of such a successful Dig Pink event,” said Coach Jeff Stiefbold. “The atmosphere in the gym was amazing. The crowd was treated to good volleyball played by both teams. I am happy that we played so well in this big match.”

Verona volleyball travels to Montclair this afternoon for a repeat match against Montclair Kimberley Academy. MKA won their first match-up on September 15, 2-1. 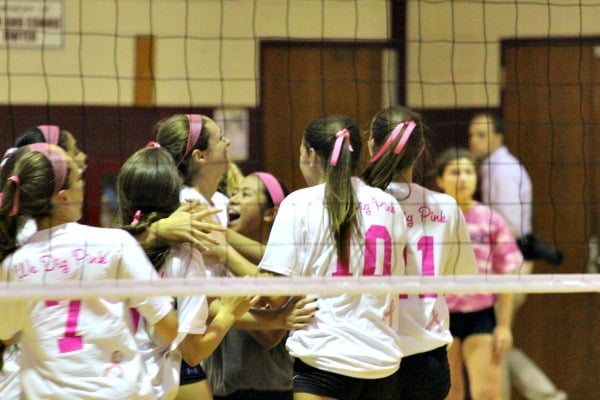