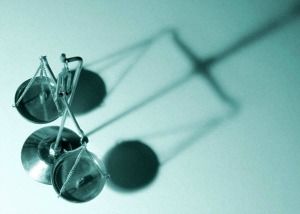 Chimento, age 46, pleaded guilty before U.S. District Judge Michael A. Shipp in Trenton federal court to an information charging him with one count of subscribing to a false personal federal income tax return in 2007.

In 2007, Chimento briefly operated his own excavation business. An analysis of his bank accounts showed payments in 2007 from the Chimento Companies totaling $85,860. Chimento failed to report $45,860 of that income on his 2007 federal personal income tax return. He also admitted in court that he did not file individual income tax returns for 2008 through 2011 although he received approximately $100,000 in cash wages in 2008, and a total of $351,788 in cash wages during the years 2009 through 2011.

The count of subscribing to a false tax return is punishable by a maximum potential penalty of three years in prison and a $250,000 fine. As part of his guilty plea, Chimento agreed to make full restitution to the IRS for all losses resulting from the filing of false tax returns. Sentencing is scheduled for Jan. 13, 2015.

U.S. Attorney Fishman credited special agents of the U.S. Department of Labor, Office of Inspector General, under the direction of Special Agent in Charge Cheryl Garcia New York Regional Office; and special agents of IRS-Criminal Investigation, under the leadership of Acting Special Agent in Charge Jonathan D. Larsen, for the investigation leading to today’s guilty plea. He also thanked the N.J. Department of Labor and Workforce Development, under the leadership of Commissioner Harold J. Wirths, for its assistance in the investigation.