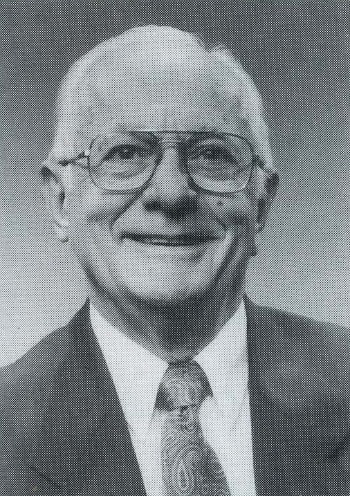 Born in Harrisburg, Pa., Mr. Frey moved to Verona in 1920. Mr. Frey retired in 1984 as the chief deputy warden of the Essex County Corrections Center in North Caldwell and was a member of the NJ Wardens Association.

He was a WW II Veteran serving in the Navy from 1939 to 1951, attaining the rank of chief quartermaster. Mr. Frey was the recipient of several service medals and citations, including a medal from the former Soviet Union for destroyer service, escorting convoys on the perilous “Murmansk Run.” He was active in VFW Post 6255 in Cedar Grove, serving as deputy post commander, the American Legion and was a member of the Navy League, PT Boat Association and the Tin Can Sailors.

Mr. Frey was a faithful parishioner of Our Lady of the Lake Church in Verona, serving as eucharistic minister, usher, and a member of the Fr. James Kelly Council of the Knights of Columbus. He was also a former president of the Giblin Association and formerly active with the Verona Sports Boosters and Verona Little League.

He is the husband of Eileen (nee McQuaid) Frey, the father of Maureen Ghali (and her husband, Edward), Kevin Frey, Brian Frey and Patrick Frey (and his wife, Melinda). He is also survived by three grandchildren. He was predeceased by his son, Michael, his brother George and his sister Elizabeth.