Facebook
Twitter
Pinterest
WhatsApp
- Advertisement -
It was a big win with some big losses: The Verona High School football team defeated Glen Ridge 38-17 on Saturday afternoon. But in the process, it lost the services of two key players, Sam Cummings and Bill Ferrari.

Cummings, a junior tackle, went down in the first half. He made it off the field under his own steam, but by the second half he was out of uniform on the sidelines and back on crutches. Ferrari, a senior receiver, made a spectacular diving catch in the third quarter–saving the pass for Verona but breaking his arm in the process. “Sam suffered a sprained ankle and is day to day,” said Coach Lou Racioppe after the game. “Bill suffered a broken arm and will undergo surgery on Sunday.” 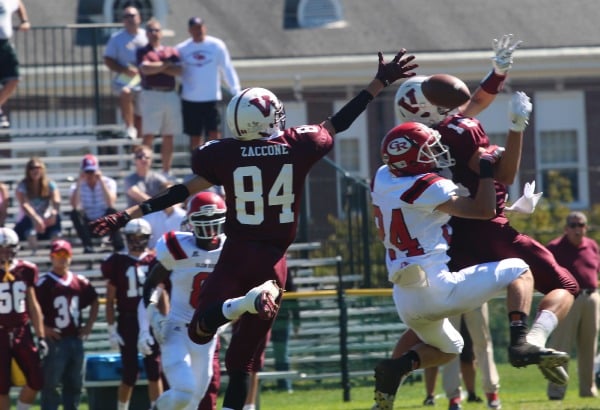 For the rest of the game, Verona was as hot as the weather. Quarterback Frank Ferrari–Bill’s twin brother–had 239 yards rushing from 21 carries. That was more yards in one game than both of his previous games combined. He also was directly responsibly for three of Verona’s five touchdowns on the afternoon. Jimmy Crawford and David Gautieri also scored, and Collin Kiernan, who was flawless in all of his extra-point kicks but one, got a 27-yard field goal in the third quarter. Matt Intili bulldozed his way through the Ridgers’ defense again and again while Nick DePaul led Verona in tackles with 10.

Glen Ridge QB Paddy McDermott scored once and tossed a 5-yard pass to Robert Spitaletta for the other Glen Ridge TD. Matt Myles rounded out the Ridgers’ scoring with a 37-yard field goal.

Verona is now 3-0 on the season. The Hillbillies have next weekend off before heading to Newark on October 11 to face West Side High School. The next home game is October 18 against Shabazz. 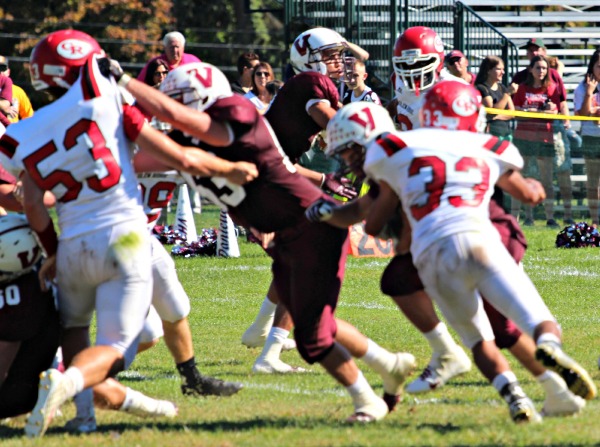