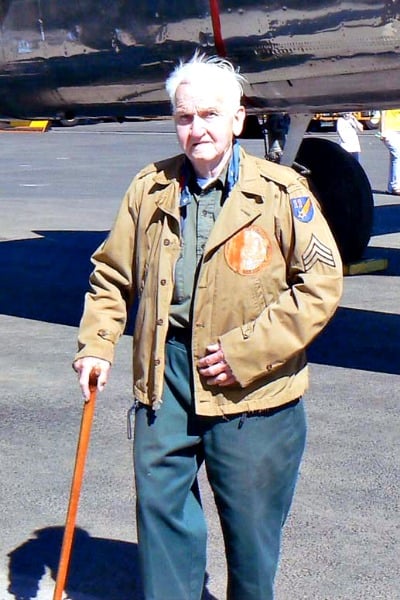 Mr. John S. McSeveney, 93, died on August 28, 2014 at his home in Verona. Visiting in the Prout Funeral Home, 370 Bloomfield Avenue, Verona on Monday from 6 to 9 p.m. Graveside Services will be held in the Glendale Cemetery, Bloomfield, on Tuesday at 10:30 a.m.

Born Schotts, Scotland, Mr. McSeveney came to the US in 1929 and moved to Verona, NJ in the 1940s. He was an operating engineer at the Pabst Blue Ribbon Brewery in Newark for many years.

Mr. McSeveney was a sergeant in the Army Air Corps during WWII, serving in the Pacific.

Mr. McSeveney was predeceased by his wife, Bertha and his daughter Cynthia. He is survived by his son, John S. McSeveney, Jr. (and his wife, Judy) and his grandchildren, Brian, Kevin and Ashley.

In lieu of flowers, donations to Verona Rescue Squad would be appreciated.