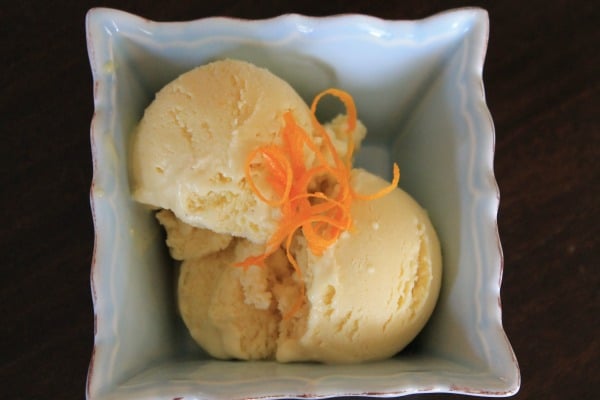 Keep reading– I promise there is no fish in this recipe!

In early July, I attended a family reunion. Reunions are common summertime experiences and many families have them. In my family, it’s a relatively new phenomenon, but one which I seem to enjoy more and more each year.

One of the benefits of being in my family is that, four generations ago, my mother’s uncle George opened the Cloverleaf Tavern in Caldwell. A fun benefit to these reunions: My mother’s cousin knows a lot about beer and wine. I also met a cousin who makes an amazing cheesecake, and I don’t like cheesecake. This was so good I had seconds and sent my mother and aunt home with some for breakfast the next morning.

Back to the beer and wine. At the reunion I tried Crabbie’s Orange Ginger Beer for the first time ever. It’s an amazingly refreshing summer drink that is meant to be served chilled, in a glass, over ice with a slice of orange. The orange, ginger and clove flavors typically associated with fall took on a summer flare with the ice and orange slice. Or, maybe that was the pool. Either way, after tasting it I told my sister I thought it would make a great ice cream flavor.

Two days later, both MyVeronaNJ.com’s editor, Virginia Citrano, and my husband sent me a link to an article in The New York Times offering the master recipe for an ice cream base. The author claimed it was the only one you would ever need.  Really? I had a recipe and it worked just fine. And mine didn’t involve egg yolks. But, it’s summer and I was intrigued. So I set out to use this master recipe to create an ice cream to match the Orange Ginger Beer we had at the reunion.

In the end, I was not disappointed at all, but my kids might say otherwise. The flavors here work against the typical child’s palate of mint chocolate chip and vanilla, but for anyone who gets bored with the same old flavors this recipe is worth trying–even with six egg yolks.

Zest and juice from one orange, separated

Process sugar, zest, ginger, cloves and salt in a food processor until sugar is bright orange.

Whisking constantly, add about 1/3 of the hot milk and cream liquid to egg yolks.

Add combined yolks and milk back to pot with milk, cream and sugar mixture. Heat to 170 degrees or until custard mixture sticks to the back of a spoon.

Cover and cool for 4 hours or overnight in refrigerator.

Process in an ice cream machine for about 25 minutes until solid.

Freeze in freezer for a few hours before serving. 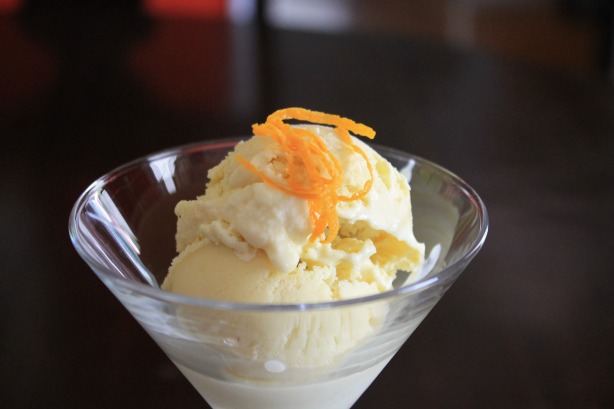 Until I made this recipe I was not a fan of the custard based ice cream, mostly because I feared I would overheat the yolks and create scrambled eggs in a pot. Now, I am no longer afraid of such things.

Save your egg whites! They are perfect for making meringue cookies or an angel food cake.

I would definitely make this again and plan to experiment with a variety of flavors and combinations.