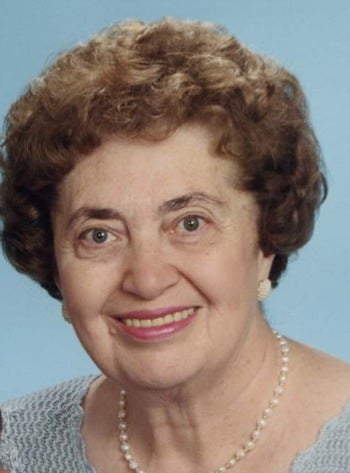 Mrs. Claire A. Tomeo died on Saturday, July 5, 2014. A funeral mass will be offered in Our Lady of the Lake Church, Verona on Tuesday, July 8 at 10 a.m. Visiting in the Prout Funeral Home, 370 Bloomfield Avenue, Verona on Monday from 5 to 8 p.m.

Born and raised in Jersey City, Mrs. Tomeo moved to Verona in 1957. She had a bachelors degree in French and English from Caldwell College.

Mrs. Tomeo devoted her life to children, having taught at Dickinson High School in Jersey City for eight years and at Our Lady of the Lake School in Verona for 30 years, retiring in 2004.

Mrs. Tomeo was predeceased by her sister, Margaret O’Toole and her brothers, William O’Toole and the Reverend Edward O’Toole.