Brendan Tevlin, the nephew of Kathleen Tevlin Nulty and Thomas Tevlin of Verona, was murdered in West Orange Wednesday, June 25. Now, his aunt and uncle are asking for more help in solving his murder.

Kathleen Tevlin Nulty is asking everyone in Verona to take a good look at two surveillance camera photos released on Saturday by Essex County Acting Prosecutor Carolyn Murray. (MyVeronaNJ.com added the red arrow to help you focus.) The photos show two males running in the area of the homicide, which took place at Walker Road and Northfield Avenue in West Orange. The prosecutor’s office says the individuals may or may not be witnesses to what happened and they ask that anyone who can identify them call the Essex County Prosecutor’s Hotline at (877) 847-7432. All calls will be kept confidential. 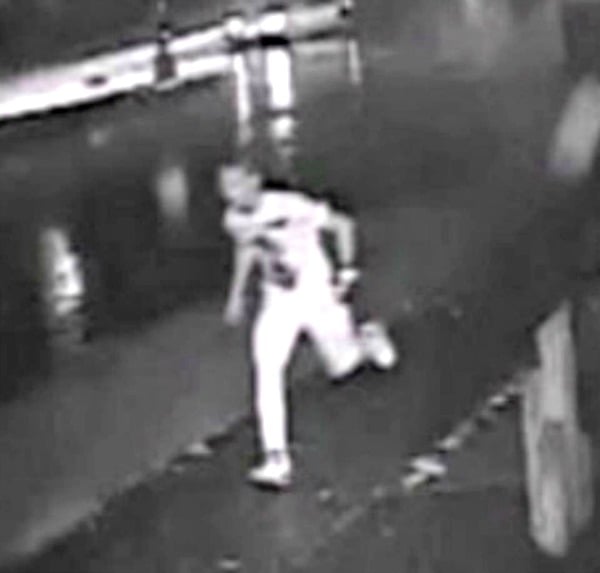 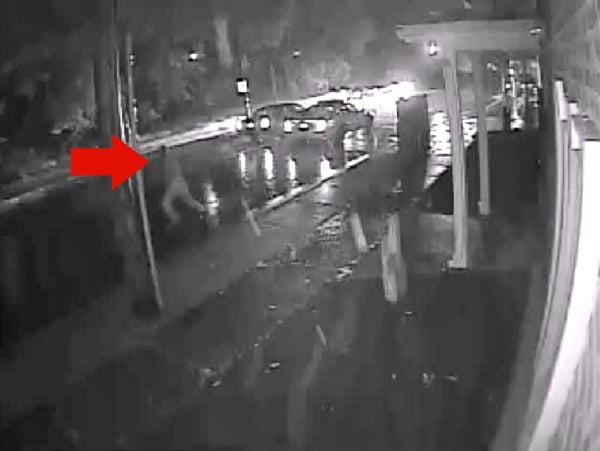 “He was a great kid,” Nulty said of her nephew today. “He was out playing video games and texted his mom to say he was on his way home.” He never made it there: Tevlin, a 2013 graduate of Seton Hall Prep who had just finished his first year at the University of Richmond, was discovered in his family’s Jeep Liberty near midnight with multiple gunshot wounds.

The Essex County Prosecutor’s Office Homicide Task Force and the West Orange Police continue to press their investigation into the case. Essex County Sheriff Armando Fontoura announced yesterday that the reward for information about the murder has been increased to $25,000 from $10,000 thanks to an anonymous donation. Nulty said today that the reward has risen to $30,000. The reward funds are being handled through the county’s Crimestoppers program, and anyone can contribute to it: A higher reward may help authorities flush out the person or persons responsible for the murder. You can call Det. Kevin Lynch at 973-621-4105 on Monday to make a donation.

Brendan Tevlin’s family and friends have set up a Facebook page, “Good Vibes & Easy Living”, to share their memories. It includes the eulogy by his younger sister Michaela Tevlin, which reads in part: