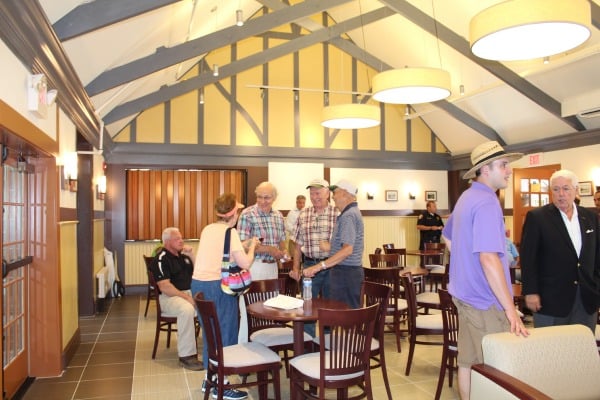 Out with the dark, in with the light: Essex County unveiled a completely renovated Verona Park boathouse this morning.

The 10-week, $433,310 project involved installing new French doors on both sides of the building, creating a new patio on the park side, installing new flooring and fixtures and painting the interior in a palette of neutrals.

The original fireplace was retained, but chances are that long-time park-goers won’t recognize it: It’s been sand-blasted back to its original tawny beige color and converted to gas. The bathrooms inside the boathouse and in the adjoining building outside were gutted and re-done. The furniture inside is a tad more corporate conference room than Friends coffee bar, but there’s lots of seating and it’s comfortable. There’s also a big screen TV over the fireplace mantel. 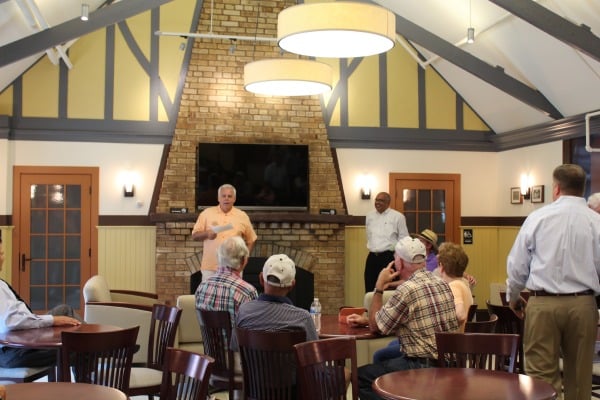 Beyond the boathouse, you might also be interested to know that there are now swan-shaped paddle boats on Verona Park Lake and an Italian ice stand at the playground, both courtesy of Aramark, which was named the food operator at the boathouse last year. 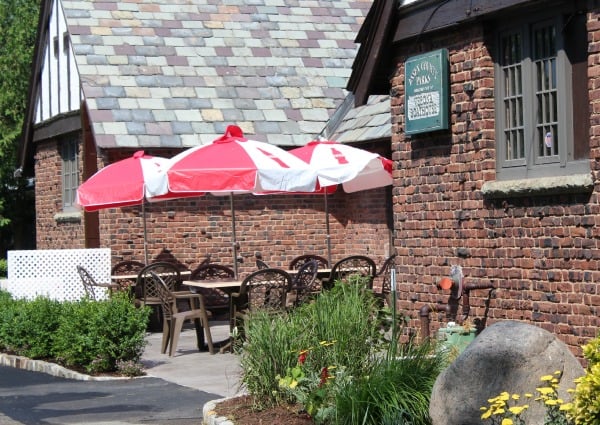 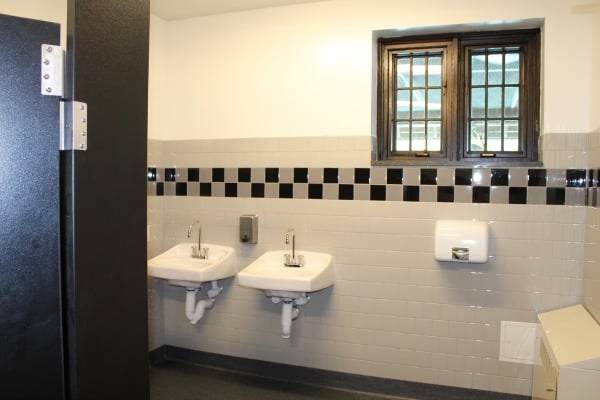 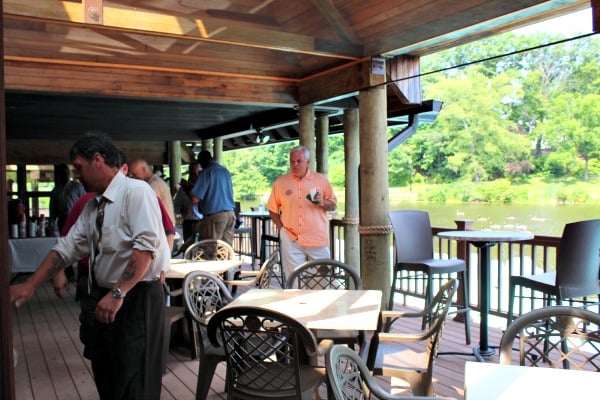 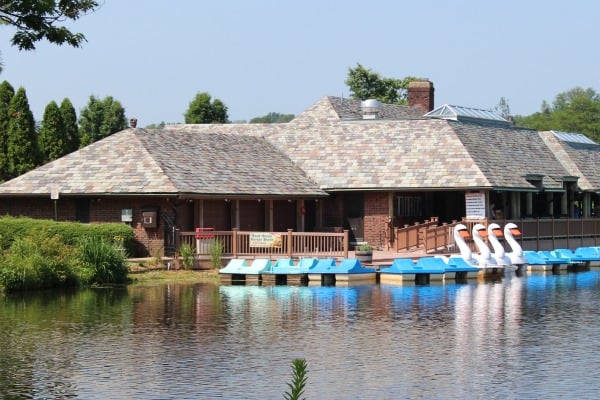