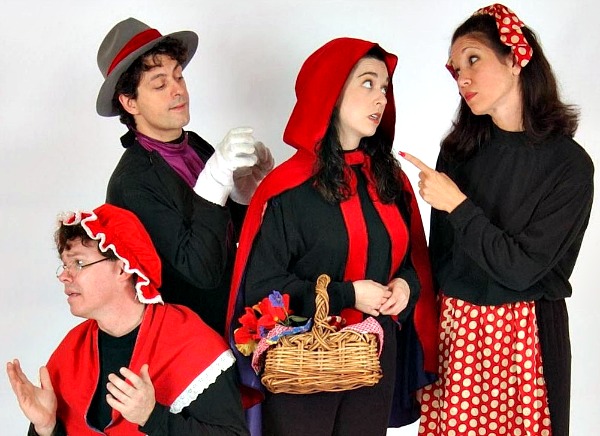 Talk about the right venue: Pushcart Players, the Verona-based children’s theater group, will present its “Red Riding Hood and Other Stories” at Wolf Trap National Park for the Performing Arts in August.

The show is based on several classic children’s tales including “The Princess and the Pea” and “Red Riding Hood”. “These time-honored fables provide a perfect introduction to live theatre for young viewers,” said Ruth Fost, Pushcart’s co-founder, executive artistic director and playwright/lyricist for the production, in a statement. “We’ve dressed the stories with a twinkle, a grin and a contemporary spin!”

Pushcart will perform on Friday, August 1, and Saturday, August 2, 2014 at 10:30 a.m. at Children’s Theatre-in-the-Woods at Wolf Trap National Park for the Performing Arts, which is located in Vienna, Va. If you are going to be down that way, tickets are $10 general admission and can be reserved by calling 877.WOLFTRAP or by visiting wolftrap.org.