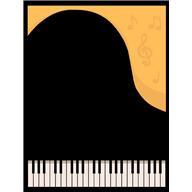 Magdalena Botrous, who attends Mount St. Dominic Academy, where she is in ninth grade, will play W. A. Mozart’s Sonata K.545, Mo. 2.

Sean Buzaid will perform Rhapsody In Blue by G. Gershwin. Sean is a twelfth grade pupil at Seton Hall Prep.

David Cordero will play Touchdown by M. Palmieri. David attends H. B. Whitehorne Middle School, where he is in the sixth grade.

Brendan Wallace will play Gymnopedie, No.1 by E. Satie. Brendan attends H. B. Whitehorne Middle School where he is in eighth grade.

The June 7, 2014 recital at The Church of the Immaculate Conception is free and open to the public.

Further concert information can be obtained by calling 973-748-6462 or by contacting “[email protected]”. Michael Palmieri’s website is located at “http://www.facebook.com/MichaelPalmieriMusic”.