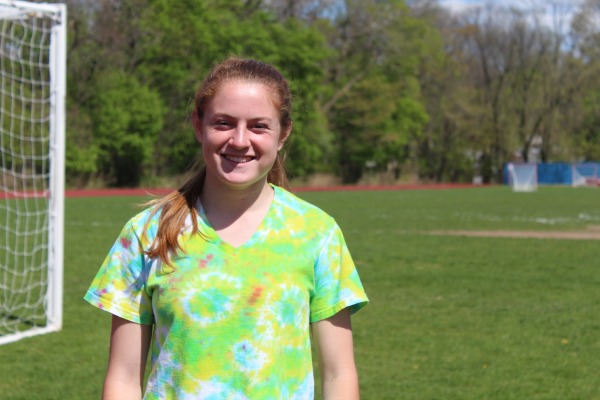 Track & field meets can seem like a bit of a three-ring circus: One event going on in this corner, something else across the way and the team cheering for another event entirely at the far end. But if you’ve watched it all over the last four years, you’ve seen one athlete appear in just about every location: Jordan Seubert. Besides running both hurdle races, and the 100m, 200m and 400m, Seubert has also placed in the pole vault, high jump, and long jump at championship meets. For her efforts, Jordan Seubert is this week’s Verona Sports Boosters Senior Athlete of the Week.

“Throughout her four years competing for the Verona track team, very few athletes have demonstrated the versatility to excel in so many events,” says her coach, Gene Leporati.

The senior captain was a valuable part of the Verona High School girls track & field team’s success at the recent Essex County Relay Championships. Her strong performance in both of the team’s hurdle races against a very competitive field helped the squad to get second place in the 3 x 400m hurdles only 0.39 of a second behind first place Montclair. About 45 minutes later, Seubert’s shuttle high hurdle team placed fifth in one of the meet’s most exciting races. Seubert was also part of VHS’ 4 x 100m team, which had a strong finish.