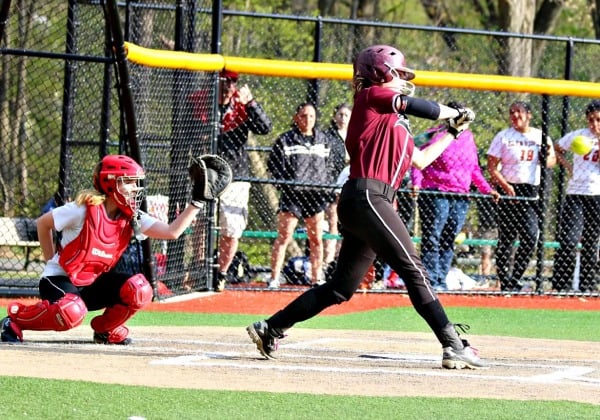 It was David against Goliath at Glenfield Park yesterday, and David came away with a big win: The 12th-seeded Verona High School softball team soundly defeated fifth-seeded Glen Ridge, 8-1, in the first round of the Essex County Tournament.

Junior Caroline Chivily was 3-for-4 with two RBI and two runs, while senior Ellen DiDia had two hits, two RBI and a run. There were only five hits against senior pitcher Sam Bass, who struck out six and walked two. Olivia Haveron and Rebecca Russomano also had hits, with the freshman Russomano driving in a run. The girls face Nutley High School at Nutley for the tournament semifinals next Saturday. The game time has not yet been set. 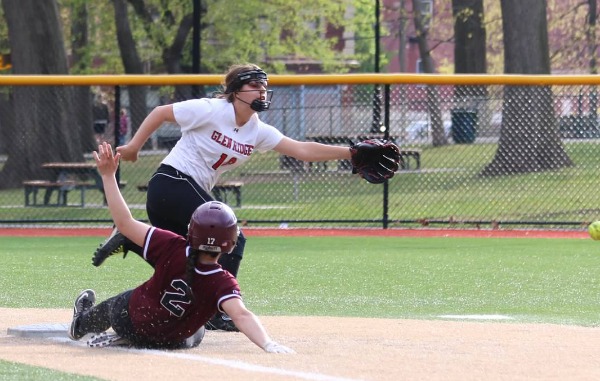 It was also the first round of the Greater Newark Tournament yesterday and the ninth-seeded Verona High School baseball team defeated eighth-seeded Belleville, 4-3. Junior Mike Cifaretto had the hot bat for VHS with two RBI, while James Hill, this week’s Verona Sports Boosters Senior Athlete of the Week, and freshman Collin Kiernan had one RBI apiece. Chris Bujnowski was on the mound for Verona, striking out eight over 6 2/3 innings, with just seven hits. The GNT quarterfinals are scheduled for Thursday, while the semifinals will be at Doc Goeltz Field on Saturday. 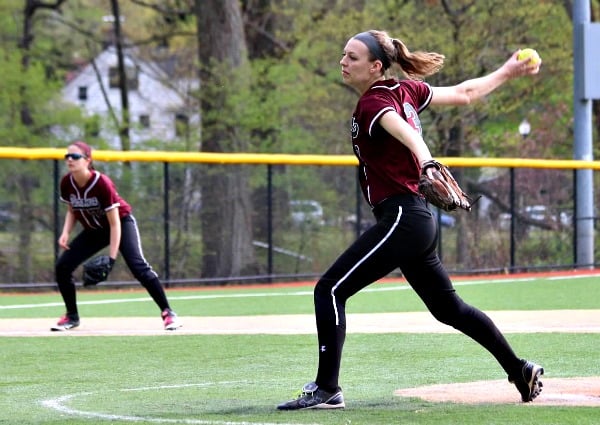 The news was not as good for lacrosse. Emilia Frizzi scored twice, but the headwinds were against the Verona High School girls lacrosse team as it fell to West Essex 16-4 in the Essex County Tournament semifinals on Saturday. Lauren Ednie and Jackie Brozyna also scored. Verona now has 11-3 record. The girls senior night is Monday, May 5, with a 7:30 p.m. game against Mount Saint Dominic Academy. In boys lacrosse, freshmen Jack Farrell and Doug Spardel got a goal apiece in the first round of their Essex County tournament, but Verona lost to Montclair Kimberley 14-2. 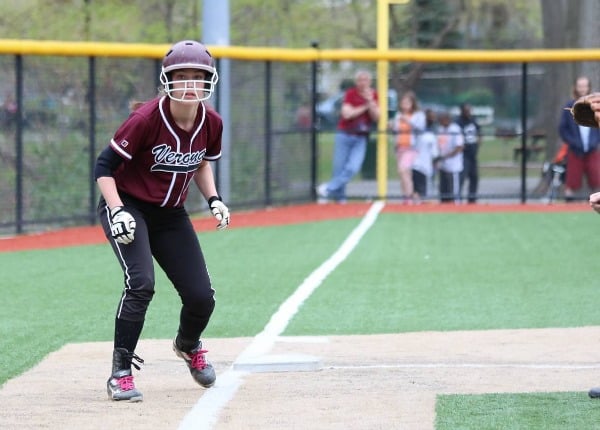 If your kids are in Verona’s youth lacrosse program you might want to bring them to Centennial Field on Saturday, May 10. The Essex County Tournament lacrosse finals will be played there, beginning with the West Essex girls against Glen Ridge at 12:30 p.m. The boys lacrosse finals begin at 2:30 p.m. 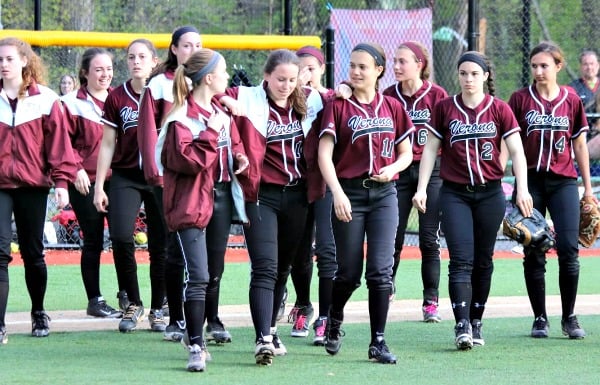 - Advertisement -
Previous articleReal Estate For May 3-4: Back To The Future
Next articleGirls Track Takes 6th In County Relays