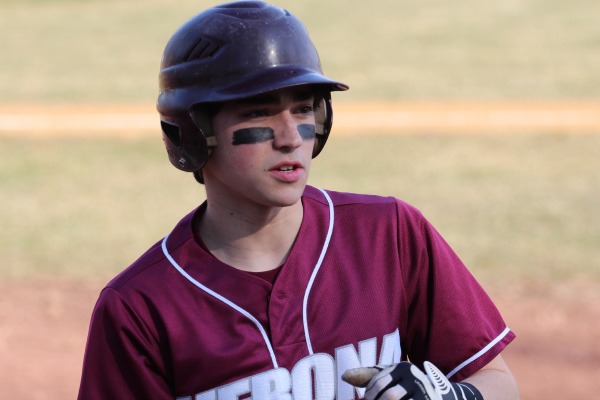 In the statistics-crazed world that is baseball, there are some stats that draw more attention than others, like five hits in 12 at bats. Add to that the fact that, over those 12 at bats, the same player had three runs scored, a double and an RBI, and the eyebrows go up even higher. The player with those stats is this week’s Verona Sports Boosters Senior Athlete of the Week, James Hill.

Hill is a two-year starter at second base for the Verona High School baseball team and he has been having a strong senior season. When Verona squared off against Montclair Kimberley Academy in its second game, Hill had three hits in four at bats and one of them was a double. (He’s got four doubles to his credit so far).

And while baseball is clearly in his blood–his grandfather has been the baseball coach at Rutgers University for three decades–it is far from his only contribution to Verona High School or the Verona community. Hill is an active member of the youth group at Our Lady of the Lake and also wrestled for VHS for several years. If the weather holds, you can see Hill in action this afternoon against Glen Ridge at 4 p.m. on Doc Goeltz Field.