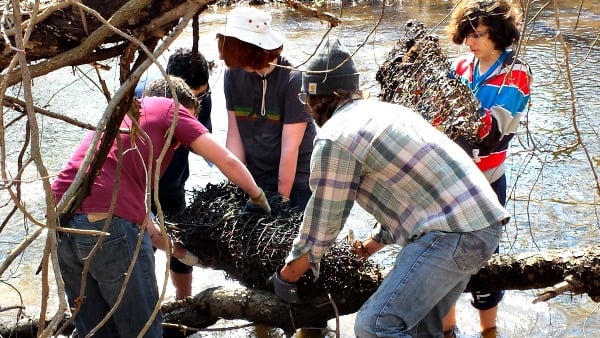 More than 40 people turned out on Saturday to clean up the woodlands and Peckman River behind F.N. Brown school, the first step in a project organized by the Verona Environmental Commission (VEC) to restore the plants and trails in the area. 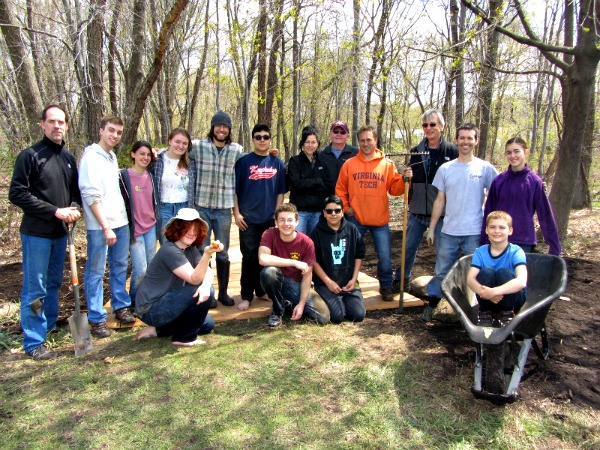 The volunteers, who included a large group of Verona High School students, removed enough cans and bottles from the woods to fill four garbage bins, as well as more than a dozen bags of other trash and the highly invasive Japanese knotweed plant, and several large items including a boiler, wire fencing, bed springs and pipes. 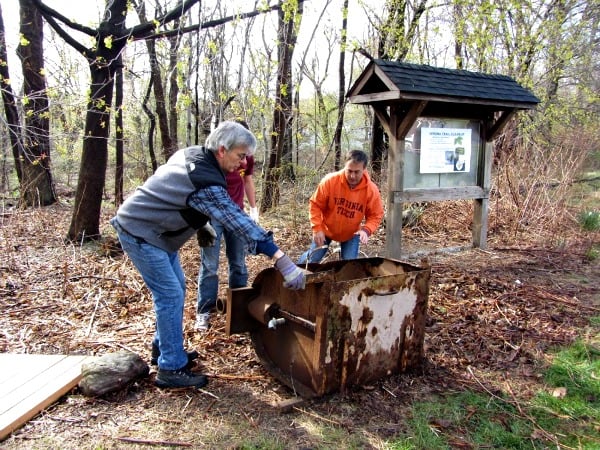 The woods had sustained substantial damage in recent storms and the spread of invasive plants had crowded out much of the vegetation that used to be in the area, which contains several trails used as part of an outdoor education program at F.N. Brown School. Verona High School student Sam Marcillo-Gomez recently rebuilt the boardwalk used to access the trails as part of his Eagle Scout project. He also repaired the sign that marks the entrance to the area behind the softball fields. On Saturday, the volunteers cleared the trails of debris, and used fallen branches to outline their path. 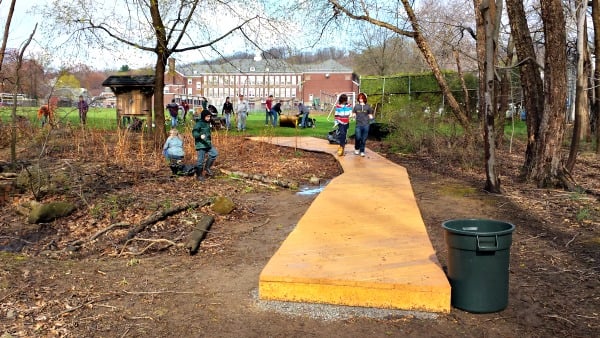 Work on the area is going to continue throughout the spring, summer and fall. The VEC will be asking for the community’s help to continue shaping the trails and re-plant native wetlands trees. The Commission won a $1,400 grant from the Association of New Jersey Environmental Commissions (ANJEC) to fund the purchase of at least 10 trees and other supplies. The trees are likely to include River Birch (Betula nigra), Eastern Cottonwood (Populus deltoids), Shadblow Serviceberry (Amelanchier canadensis), Swamp Tupleo (Nyssa Nyssa biflora) and Bald Cypress (Taxodium distichum). The VEC will also produce a map of the trails, which will be accessible via QR code from the entrance sign. 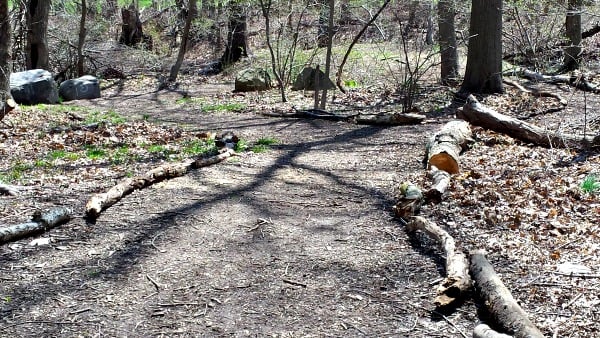 MyVeronaNJ.com editor Virginia Citrano has been a member of the Verona Environmental Commission since 2009.