Verona In The Montclair Film Festival 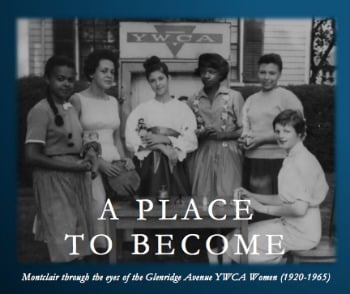 The Montclair Film Festival is a seven-day extravaganza of more than 100 movies, some featuring some very big Hollywood names. But two of the films have a connection to Verona that we thought you should know about.

Verona resident Jane Eliasof is the director of the Montclair Historical Society. She is also the executive producer of A Place to Become, a documentary based on the memories of the women who belonged to a YWCA for African-American women that was once based in the MHS’ Crane House. One of the women who shares her story in the movie is Verona’s Dorothy Hatchett Morton.

“Mrs. Morton and the other seven women in the documentary tell a story of a town far different from the one we know today,” says Eliasof, “one where African Americans were not allowed in certain restaurants, could only sit in certain places in theaters, and could not attend prom with the white students.”

A Place to Become plays Saturday, May 3, at the Claridge Cinema 2. Tickets and more information here. The MHS will expand on the story of the YWCA through permanent displays at the Crane House.

Michael Fassbender and Maggie Gyllenhaal are getting plenty of buzz for their acting in Frank, but if you’re from Verona, you’ll want to pay as much attention (or more) to the music in the movie’s trailer. It’s an original piece by The Defending Champions, a band we’ve written about before because of its Verona roots.

The band signed a licensing agreement for its tunes two years ago, but hadn’t gotten much beyond nibbles, says co-founder Matt Ryan. “Then, two months ago, they called. We thought it was for a commercial,” he says. “We didn’t find out until recently that it was for Frank.” The movie, by the way, is about an eccentric band of musicians who are very good at social media, which is pretty much the case with The Defending Champions, too.

The song used is the trailer is “Raise My Glass”, from The Defending Champions’ new album, and it was recorded at Ryan’s music studio, Homefront, in Caldwell. You can watch the trailer from Frank below, or hear the full song in performance on YouTube.