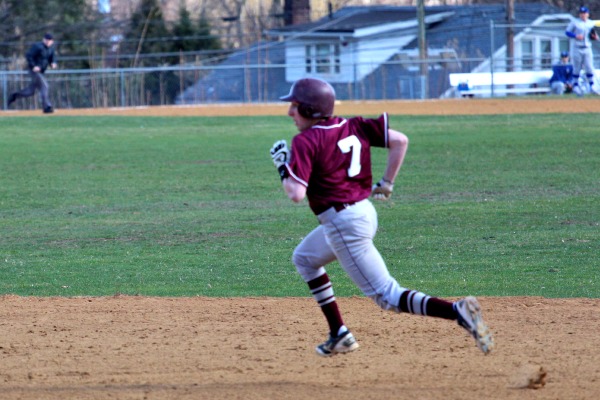 Tommy Lasorda once remarked that there are three types of baseball players in the world: “Those who make it happen, those who watch it happen, and those who wonder what happens.” After four years as a starter on the Verona High School baseball team, there’s no question what category Matt Rubins belongs in.

Rubins made things happen for the Hillbillies on the field at second base his first two years, before shifting to shortstop last year. He has also made things happen at the plate, with a consistent string of singles, doubles, triples and homers. And he’s making things happen even harder this season. Rubins’ 16 trips to the plate so far have produced nine runs scored and three RBIs, including going 2-for-3 in Verona’s 3-0 drubbing of Caldwell on Wednesday. That’s not to say that Rubins doesn’t watch things happen, too: Woe to any opposing hitter or runner who fails to see the shifts in his gaze and his stance as Rubins scans the field. For all the times he has made things happen, Matt Rubins is the Verona Sports Boosters Senior Athlete of the Week.

Though Rubins is a year-round baseball player, he has made things happen in other areas at VHS. He has competed with the business education club DECA and been one of the leaders of the high school’s Peer Leadership program. Rubins was inducted into the Spanish Honor Society as a sophomore.