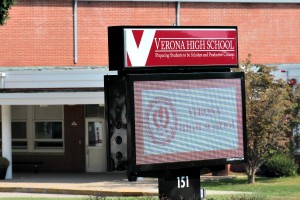 Superintendent Steve Forte told the Board of Education on Tuesday night that Verona High School has seen a substantial improvement in its position on a list of America’s most challenging high schools.

Verona High School has risen from 1,704 on the Washington Post list in 2011 to 817 this year. It is one of 122 New Jersey high schools on the list, which includes local public high schools, regional high schools and private and charter schools. VHS is 21 on the list of New Jersey schools and compares favorably to other schools to others in its so-called District Factor Group: Cresskill is number 12, Madison is 14. Glen Ridge, also in Verona’s DFG, was 25. Among the other public and private schools around Verona, Montclair Kimberley Academy was 32, West Essex was 52, West Orange was 103 and Montclair was 112. Elizabeth High School was ranked number 1 in New Jersey; the top school nationwide was the American Indian Public Charter school in Oakland, Calif.