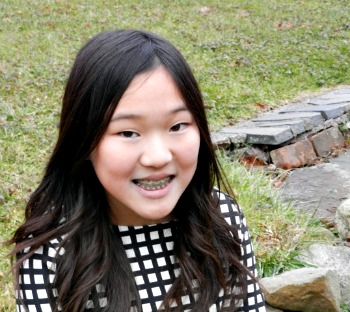 Verona resident Sofia Kwon, a seventh grader at Montclair Kimberley Academy, has earned national recognition for her writing skills as the recipient of a prestigious National Gold Medal in the 2014 Scholastic Art & Writing Awards – an extraordinary accomplishment for a 7th grader.

Over 255,000 works of art and writing were submitted and only the top 1% was recognized at the National level by panels of creative professionals. Kwon’s entry was in the Personal Essay/Memoir category, and she wrote about an audition at the Manhattan School of Music.

Founded in 1923, The Scholastic Art & Writing Awards, sponsored by the Alliance for Young Artists and Writers, is the oldest, longest running and most eminent recognition program for creative teenagers in grades 7-12 in the country. Former winners include Truman Capote, Sylvia Plath, Lena Dunham, Andy Warhol, John Updike and Joyce Carol Oates.

Kwon, who has previously received two gold medals and one honorable mention for other pieces at the regional level, will receive her award at the National Ceremony, an event that will be webcast live from Carnegie Hall on June 6 at 6 p.m.

Previous article
Hoogterp Publishes Book On Public Speaking
Next article
Crock It! The Easiest Chicken Ever