A Greenhouse Grows At VHS 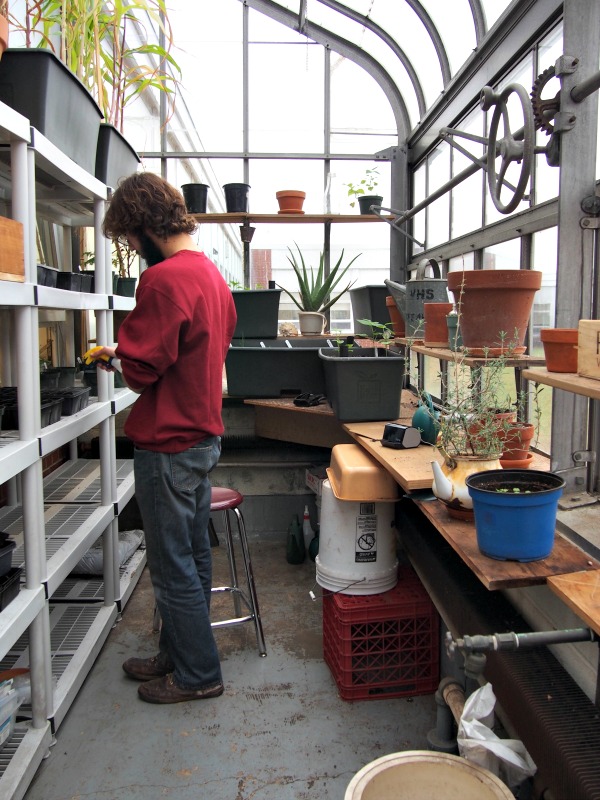 When the sun comes out this week, we’ll all probably find green growing things in our yards. Soon, we’ll begin to turn Verona’s dirt to help our tomatoes, beans and zucchini thrive in our backyard gardens this summer. But there’s one spot in Verona that been putting out produce all winter: the greenhouse at Verona High School.

It’s not the first thing you notice when you go to VHS. Tucked away off a classroom in the science wing, many people hadn’t paid any attention to the greenhouse for years, maybe decades. (The greenhouse might be original to the 58-year-old building, but nobody knows for sure.) It was being used for storage. The big glass windows leaked. Then last fall, senior Lucas Freschi took it upon himself to put the greenhouse back in production. 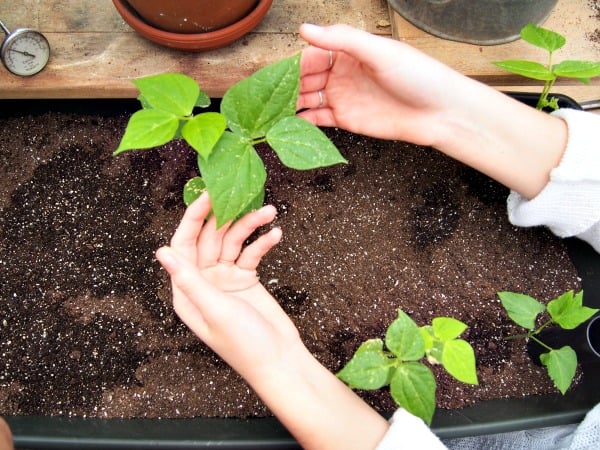 He bought caulk and sealed off the cracks and fixed what could be fixed. He found some pots and got potting soil to fill them. Having interned at the short-lived Sprout greenhouse on Depot Street, he knew how to plant, and set about planting lettuce, arugula, radishes and beans. And after he harvested the first radish sprouts, he thought he should perhaps tell someone what he was doing.

“I went to Mr. Cesa,” Freschi says, referring to VHS’s principal, “and I said ‘I just thought that you should know that I am using the greenhouse’.” 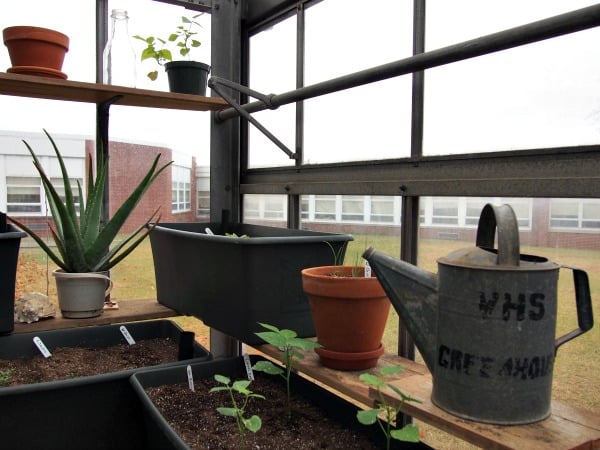 Since then, Freschi, who as president of the VHS Environmental Club is coordinating the April 26 cleanup of the Peckman River with the Verona Environmental Commission, has been trying to prove what he says is the “intrinsic value” of having a greenhouse in the high school. He spent the winter wandering the halls with paper plates filled with his harvests, to give fellow students a taste. He bought more seeds–corn, squash, and herbs–and just kept planting. And he discovered that he had a big green thumb. And organic one to boot.

“My first lettuce harvest yielded a couple pounds of lettuce,” he says. “I was able to feed my family, my girlfriend’s family and my grandma with just one harvest.” 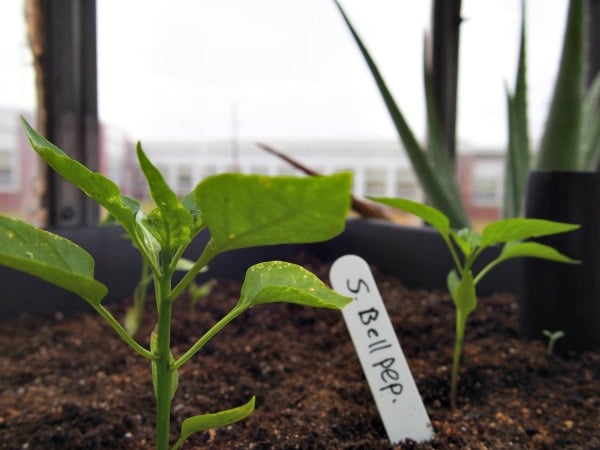 Freschi estimates that he’s spent about $100 of his own money on his greehouse work, and considers it money very well spent. “My goal for this is to not only to teach myself,” he says, “but, through members of the Environmental Club and the teachers who teach environmental science, also to teach the kids here. I want to get kids to understand how their food is grown.” And he’s well on his way: VHS is adding AP Environmental Science to the curriculum and some of the class will revolve around the greenhouse.

As for Freschi, he’s got plans to study sustainable agriculture at Warren Wilson College in Asheville, North Carolina. The liberal arts college has a 300-acre farm on its campus and a greenhouse that is substantially larger than the one at VHS. The school emphasizes not only classroom education, but also a campus-wide work program and also service learning, much of which is geared to reinforce its commitment to sustainable living.

“There’s no reason why I shouldn’t be growing these things,” Freschi says of his VHS plants. “It provides such satisfaction and it’s such a useful skill. I plan on using the skills i’m getting now for the rest of my life.”