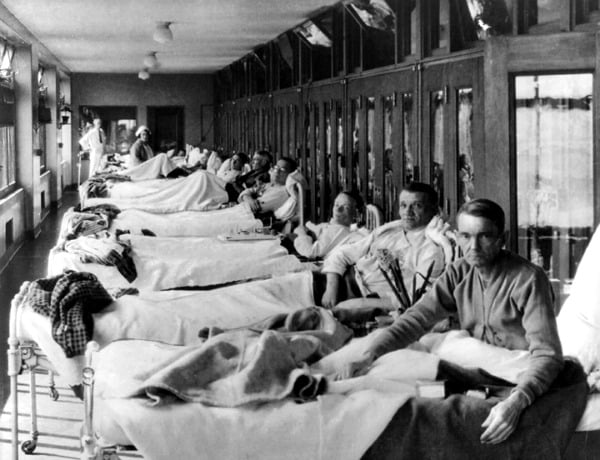 Founded in 1907, the Essex Mountain Sanatorium high on the hilltop above Verona grew to become one of the finest tuberculosis treatment centers in the nation, expanding into a complex of 20 buildings that encompassed nearly 300 acres.

Author Richard A. Kennedy, an amateur historian and past explorer of the sanatorium, has amassed a collection of photographs culled from libraries, historical societies, and private collections to pay a final, lasting tribute to this once grand institution, which is now lost to time. In his work, Kennedy has captured the true essence of the sanatorium—its buildings and its people in a book, Essex Mountain Sanatorium. Although the buildings no longer stand, with this timeless tribute its proud and shining story will not be forgotten.

On Wednesday, March 26 at 7:30 p.m. at the Cedar Grove Library, the Cedar Grove Historical Society is proud to host Kennedy and his book on the sanatorium, which will be available for sale. Kennedy will present on the history of the institution and the lure that enticed him and so many others to explore it in the years shortly before its demolition. He will talk about his many interesting finds and, among other details, mention the tunnel system that connected some of the buildings–some of which are thought to still survive and the legend of the tunnels connecting the penitentiary to the west with Overbrook to the east. (MyVeronaNJ.com wrote about Kennedy’s book when it was published last year; read “When Verona Cured Tuberculosis”.)

Image reprinted with permission from “Essex Mountain Sanatorium”, by Richard A. Kennedy. Available from the publisher, Arcadia Publishing online at www.arcadiapublishing.com or by calling 888-313-2665. You can also buy it through Amazon.com or Barnes & Noble