Board Of Ed OKs Tentative Budget 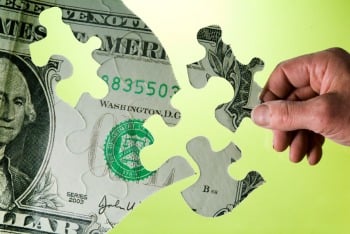 The total budget would be $34,561,382, of which $29,561,382 would be funded through Verona property taxes. Verons is getting $843,727 is state aid for the coming school year, roughly a 5% increase. That sounds like a lot, but Trenton is still sending us only half as much aid as its own formula calls for. Most of what we get–$794,481–is earmarked for special education programs.

The BOE approves a tentative budget to give county and state education officials an indication of what school spending might be in the coming year. It could change before it is approved and funding could shift within the budget. There may also be some savings from what the BOE calls “breakage”–the difference between the salaries of retiring teachers and their replacements. Only two retirements have been announced so far, that of Verona High school science teacher Rose Ann Prendergast and VHS attendance officer Molly Emiliani.

In January 2012, Gov. Christie changed the process for school budgets, exempting them from a public vote unless they exceed his 2% cap on increases. Though Verona’s increase seems above that limit, that is only because Verona is using some of the so-called cap waiver it got from Trenton last year but held in reserve. A waiver is, in essence, permission granted by the state to spend more than the cap because the school district faces high costs; the ever-rising cost of healthcare has been a reason for many waivers. But while the waiver lets school districts spend more, using them means that taxpayers have to pay more. The solution has been to use some, and “bank” the rest.

You can hear a discussion of some of the ways that the maintenance money might be spent in the BOE video below. There will likely be more discussion at its meeting next Tuesday, March 25.