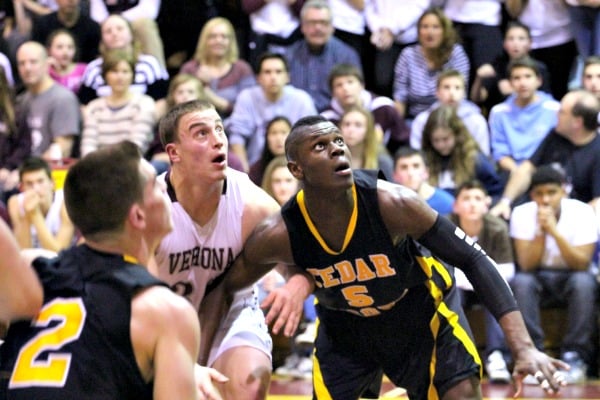 The Verona High School boys basketball team led their Friday night game against Cedar Grove until the final four minutes. But in those final minutes, Cedar Grove became the team advancing to the NJSIAA North 1 Group 1 championship by defeating Verona, 32-29. 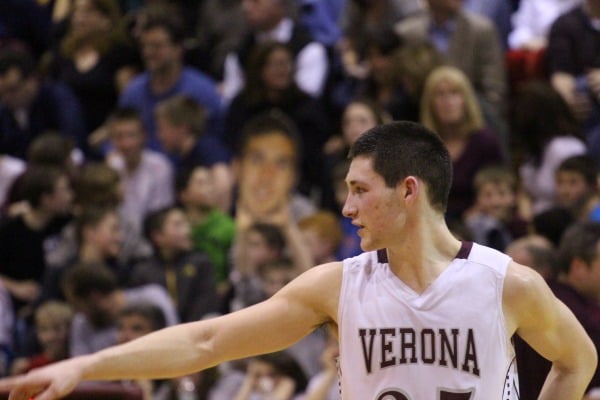 Verona played a strong game early on, to roars of approval from the capacity crowd–a crowd so large that some fans were left outside to press up against the gym door’s window for a glimpse. The Hillbillies’ Luke Weiss led the effort to shut out the Panther’s David Njoku, and held him to just 2 points on the night. Verona also contained Joe Slattery, Cedar Grove’s second-highest scorer this season, keeping him to 8 points. 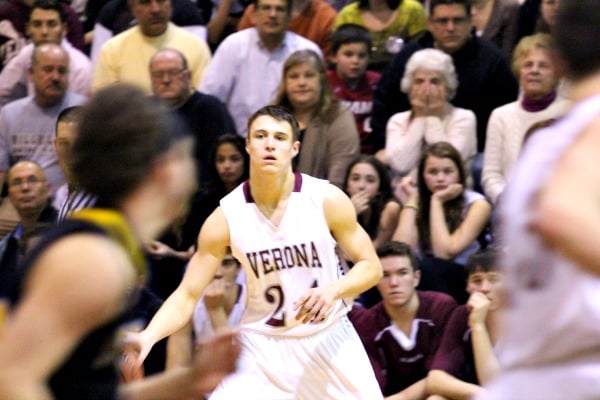 Alex Kaslander had another strong game for VHS. He put up 17 points–largely from the outside–and pulled down 8 rebounds. Weiss and Matt Braschi, also playing in their final Verona game, had 4 and 8 points respectively. 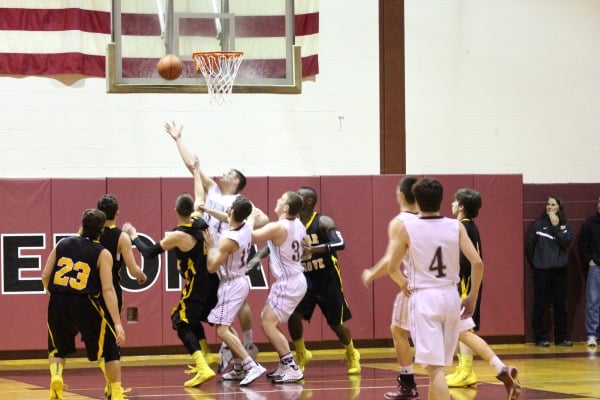 But Verona could not contain Paul Rufo, who has dominated the scoring for Cedar Grove this season. Scoring many of his 18 points in the fourth quarter, Rufo rallied his team to a three point victory. The Panthers will face top-seeded Cresskill on Monday night. The Hillbillies, who were the number 2 seed coming into the finals, end the season with an 18-6 record.