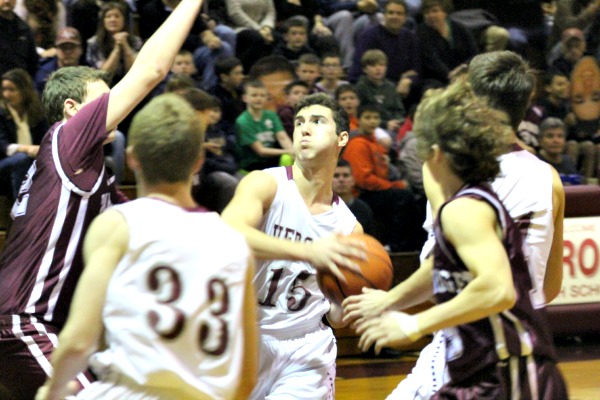 The Verona High School boys basketball team cruised past Park Ridge High School in the in the opening round of the North 1 Group 1 NJSIAA Tournament.

Played at home right after the VHS girls team defeated Waldwick High School, 58-29, in their NJSIAA opener, the boys’ 49-33 win put the full depth of the Hillbilly bench on display. Alex Kaslander put up 20 of Verona’s points, but the team’s freshmen, sophomore and junior players dominated the second half. Charlie Matta, a junior, got a roar from the crowd for his five points and seven rebounds. Will Mulderry and Frank Ferrari also got on the scoreboard, and Jack Farrell took over point guard duties as Verona wrapped up the evening. 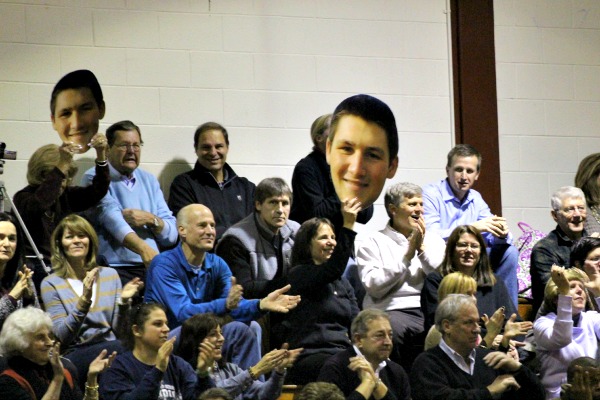 The VHS boys and girls teams both went into the NJSIAA tournament as the number 2 seeds in North 1 Group 1, the first time that has happened in VHS basketball history. The boys will take on number 10 Pompton Lakes Wednesday night, once again at home at 7 p.m.

There were no surprises in the rest of the North 1 Group 1 boys playoffs. Cedar Grove, the No. 3 seed in the NJSIAA finals, defeated Ridgefield 77-42, so they too will move on. 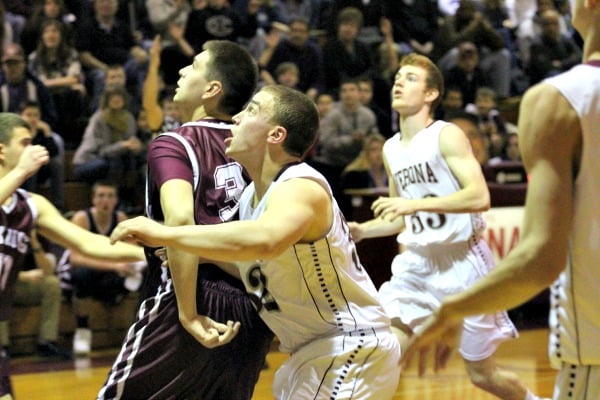