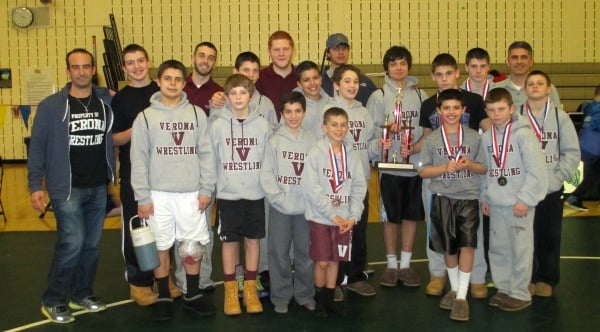 For the first time in its history, the Verona Junior Wrestling team took home the team championship at the county tournament on Sunday at Livingston High School. Ten of the squad’s wrestlers, who are elementary and middle school students, finished in the top three of their weight class and 14 finished in the top five, and many of Verona’s wins were by pin.

Matt DiDia (135) and Matt Feiger (145) both had fourth place finishes and Sam Zamloot (70) and Owen Fogarty (80) got fifth place in their weight class. 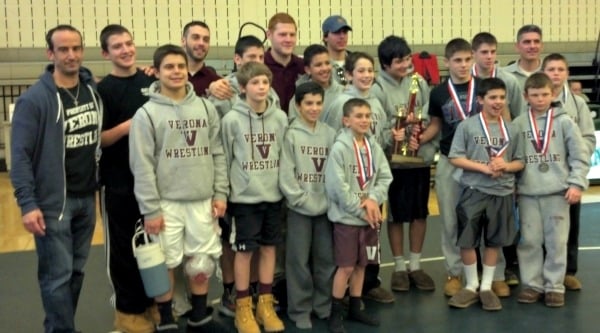