Crock It! Pot Roast With Leeks And Turnips 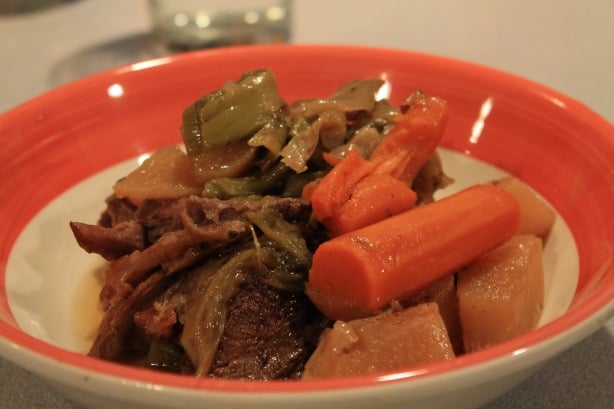 Pot roast is definitely one of my favorite winter meals, but I’m not talking about the dried out, slice-against-the-grain kind; I’m talking about the fall apart, melt in your mouth variety. I’ve made pot roast before, but what I have never made is a turnip. One of my mother’s favorite Thanksgiving sides, they always seemed like the purple-topped step child of root vegetables.

But, in an effort to broaden my winter root-vegetable horizons, I decided to try them in a pot roast, along with leeks instead of onions. I’ve had a bit of a leek fetish lately and this seemed like a really good way to cook them. In the end, I loved the change in vegetables, and the meat was just fall off the bone delicious.

Crock It! Pot Roast With Leeks And Turnips

What’s Next:
Heat oil in a large pot.
Season beef with salt and pepper on both sides.
Brown beef on both sides for about 5 minutes per side. Place in slow cooker.
Brown carrots, leeks and turnips in pot until they are dark on the edges. Just enough to absorb some of the flavor from the browned meat. About 8 to 10 minutes. 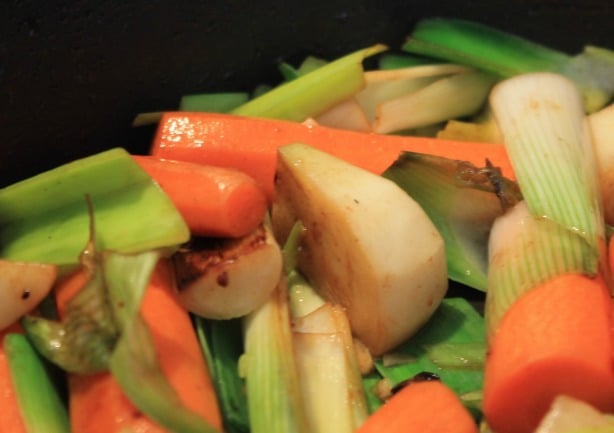 Add garlic, and cook for another minute.
Transfer vegetables to slow cooker.
Pour in broths, cover and cook on high for 6 hours.

Notes from my experience:
This was delicious and I really loved the change in vegetables. I had planned to add mushrooms at the end, but we were running around between various after school activities and I ran out of time. But, if you want to add some mushrooms, do it about 30 minutes before cooking.
Sometime between now and the next time I make this, I will make my own beef broth. When I actually read the label of the broth I used, there were so many unnecessary ingredients (like MSG and caramel color) that just had no business being in beef broth.

- Advertisement -
Previous articleReferendum: Why We Need New School Technology
Next articleGet Your Hair Cut For Lacrosse