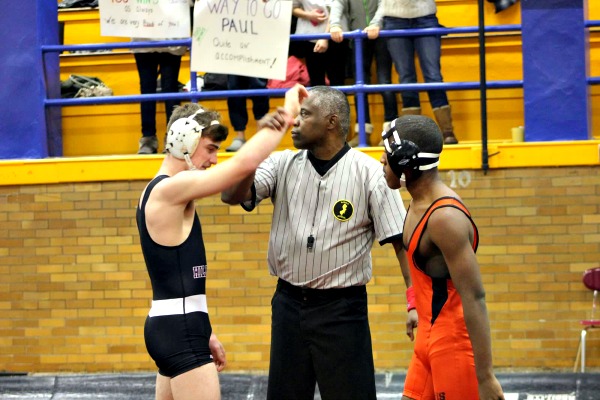 Paul Scully has spent four years at Verona High School working his way up to a wrestling milestone, but it only took him a few short moments to get it last night. At just 35 seconds into his match against Jhasim Dunn, Scully earned his 100th wrestling win by solidly pinning the Orange High School opponent. 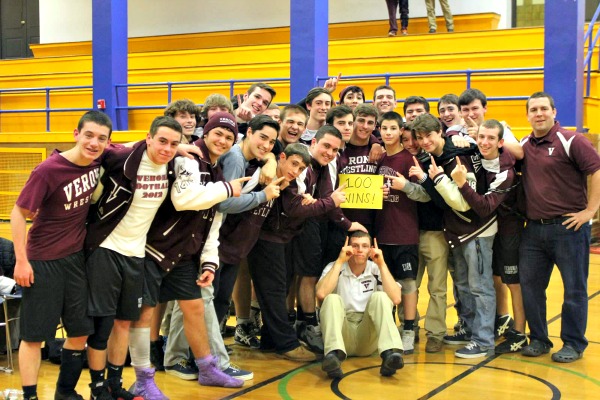 With the pin, Scully became only the fifth wrestler in the history of the VHS program to achieve 100 wins. He follows most recently Frankie Greco, who hit the milestone last March and Colin Farawell, who got there in 2011. But in a classically Verona moment of karma, Scully’s momentous win was also witnessed by Chris Hardenberg, who got his 100th win in 2008 and is now the assistant coach of VHS wrestling. (That’s Hardenberg sitting under the “100 Wins” sign.” 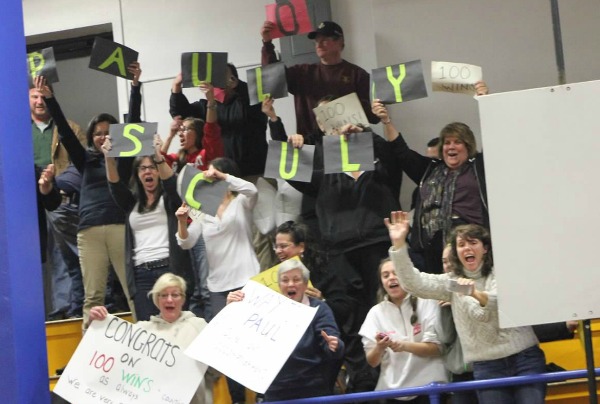 Scully’s win energized Verona’s efforts at the Orange match, propelling the team to a 44-32 win. Joe Ballantyne, Mark Riggio and Billy Giuliano all had falls over their Tornado opponents, while Mike DeSomma and Lou Mattia won by major decision. Jimmy Loudon and Jake Parent, both freshmen newcomers to the team, got wins by forfeit. 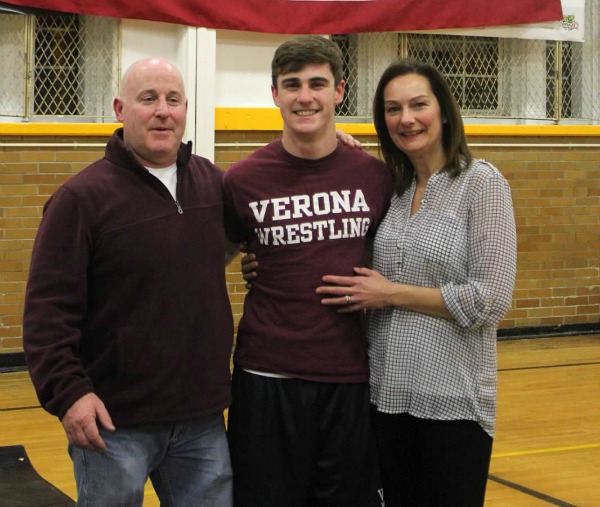