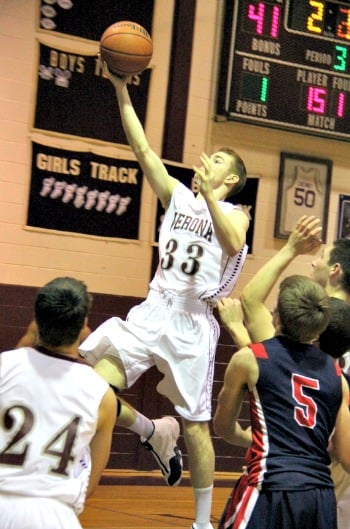 Alex Kaslander, who last week became only the 11th VHS boys player since 1945 to hit 1,000 career points, was absolutely on fire, putting 33 points–the most of any of his high school games. Seconded by Matt Braschi with nine points and Will Mulderry with eight, Verona piled up a 70-46 victory at home. 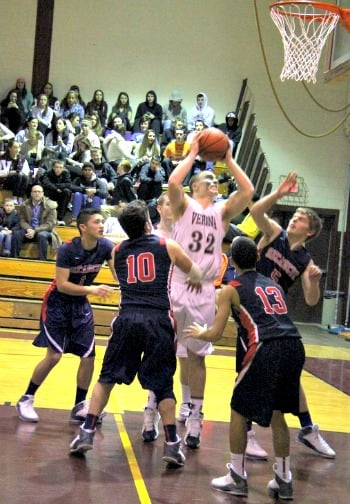 The boys get a bit of a breather until Wednesday, when they travel to Weequahic.

Meanwhile the girls basketball team was starting its own fire in an Essex County Tournament game. Playing at home, the VHS girls team scored a decisive 45-29 win over Science Park. Sophomore Caroline Kirnan had her biggest game this season, leading the Verona squad with 19 points and eight rebounds. Sarah O’Neil and Claire Fitzpatrick were also standouts, with 10 and eight points respectively. The girls’ next game is also on the 28th, when they face St. Vincent Academy.