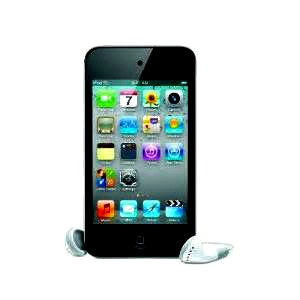 The Junior Woman’s Club of Verona is collecting new and gently-used iPods to donate to the Music & Memory program at Barnabas Health Hospice. A donation box will be set up at the Verona Community Center through January 31.

The Music & Memory program helps provide patients with iPods loaded with music playlists personalized just for them. Barnabas Health Hospice is the first hospice agency in New Jersey to participate in the program.

The idea is simple. But the difference that Music & Memory is making in the quality of life of seriously ill people – and their families – is nothing short of remarkable.

One hospice patient who is bedbound and suffering from dementia smiles and taps a foot while listening to her playlist. Another patient, blind and wheelchair bound, sings along to the ’60s pop hits from his youth. For him, the iPod he received through the hospice’s Music & Memory program has provided a welcome window into a time of his life not defined by illness and debility.

For another man, living with early onset dementia, beloved music from years ago has awakened a part of him that has allowed him to again rise from a chair and share a dance with his wife.

Social worker Dan Cohen of Mineola, N.Y., started the Music & Memory program in 2006. While volunteering at a nursing home, Cohen was amazed by the positive response of elderly residents to music, especially when he personalized the musical selections to the patients’ preferences. The program is now integrated into care at about 140 nursing facilities in the United States and Canada.

Barnabas Health Hospice is sharing in a grant provided to Music & Memory earlier this year from the Healthcare Foundation of New Jersey. Through this grant, the hospice received a “start-up kit” of iPod Shuffles, headphones, small tabletop speakers and gift cards to purchase music that is used to create playlists for patients.

Barnabas Health Hospice initially launched its program for its hospice patients residing at the Daughters of Israel nursing facility in West Orange. The hospice’s effort has since been expanded to include its patients living at other nursing facilities, as well as those receiving hospice care in the home setting.

Barnabas Health Hospice envisions expanding the program to serve its hospice and palliative care patients at its locations in Long Branch and Toms River by the end of the year.