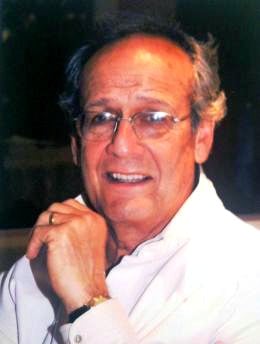 Known as “Dick”, dad and “Coach”, he was born June 1, 1938 in Somerville, N.J.  He was a son of the late Richard Anthony DeMasi, Sr. and Josephine Pontilena DeMasi.  Richard was raised in Verona, N.J., where he played baseball, basketball and football – his love!  He was an All State football player at Verona High School which led to his college football career at Montclair State University from 1958-1962. He played offensive line, linebacker, all kicking duties and returned kick offs as well.  He earned All-American status and was two year team captain.  Dick led the team to an undefeated 1960 season and was chosen as team MVP.  He kicked the first field goal and was credited with 12 interceptions in the 1960 -1961 seasons. Upon graduation, he entered the coaching world as a football assistant at Columbia High School and Hanover Park High School both in N.J. for four years.  In 1966, he became head football coach at Morris Catholic High School in N.J. as well as the track coach.  The following year he added the duty of Athletic Director and eventually coached the baseball team too.  He built Morris Catholic High School from an average small private school to a team to contend with, beating some of the bigger public schools.  Dick was inducted in both the Morris Catholic High School and Montclair State Hall of Fame.

He met his beloved wife Peggy Ducate in 1964, which led to their marriage.  They moved to Aiken, SC at this time Coach entered the business world working with Ducane for 30 years.  While working for Ducane, he began volunteer coaching with younger kids.  He became an icon at Seven Oaks Park coaching baseball, basketball and football.  Many hours of volunteering led to multiple championships with the Eagles, Jets, and Bucs, but more importantly was what he gave to the kids.  He built character, taught life lessons and created lifelong relationships with so many families and kids.  He continued coaching at the middle school level and eventually took Sloan School to prominence!  He ended his coaching career at Cardinal Newman High School.  Coach influenced many, but was the ultimate father.

In lieu of flowers, memorials may be made to the Alzheimer’s Association Research, 225 N. Michigan Avenue, Suite 1700, Chicago, ILL 60601-7633. Dunbar Funeral Home, Northeast Chapel is assisting the family. Please sign the online guestbook at www.dunbarfunerals.com.