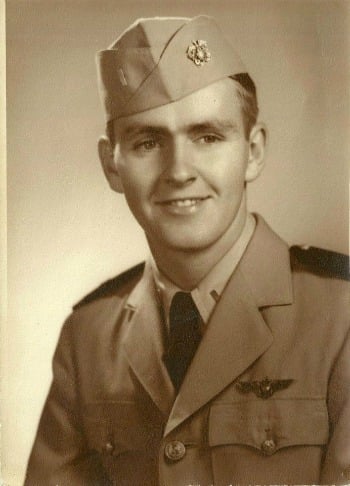 He was the devoted husband of the late Anne Farrar Mau, his high school sweetheart, to whom he was married for 38 years. For their first date, they took the bus into Manhattan and wandered into the Rainbow Room, which was closed because it was a weekday night. Guy Lombardo and his orchestra were practicing for the weekend and invited the couple in to listen to the band. After a few songs, Guy Lombardo asked Anne to dance, and she accepted. The teenagers enjoyed a wonderful night in New York as the only audience of Guy Lombardo’s Royal Canadians in the Rainbow Room.

He was a Navy pilot during World War II, serving stateside. He served in the Naval Reserve until 1956, resigning with the rank of Lieutenant.

Andrew was a realtor in Verona for many years. In later life he collected antiques, specializing in prints, lithographs, and silver. He also matted and framed artwork.

He was an active member of the Catholic Church, serving as Eucharistic Minister, volunteering for food and clothing drives, singing in the choirs at Our Lady of the Lake Church and at The Church of St. Vincent Ferrer in Manhattan.

He loved classic cars and was a member of Classic Car Club. In the 1960s, he restored a 1931 Cadillac V12 convertible, which he would drive around Verona with his kids piled into the rumble seat.

He was predeceased by his sisters, Ann, Betty and Christine, and his beloved son Andrew. He is survived by his loving children and their spouses, Julie Kennedy, Gregory and Linda Mau, Thomas Mau, Carla Mau, Teresa and Paul Klein, and his grandchildren Michelle and Andrea Mau, and Jamie and Andrew Klein.

The family would like to thank the entire staff of Bridgeway Senior Healthcare in Bridgewater and the hospice caregivers of Compassionate Care for their kindness, compassion, and professionalism in caring for their father over the past two years.